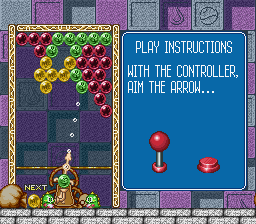 Hundreds of Pokémon in Three-mendous 3-D! What's sweeter than victory in a Pokémon battle! Victory in a 3-D arena on the N64™! Set your strategy and stand back while your Pokémon battle it out. You can even set the Pokémon you've trained--fully rendered in 3-D and ready for battle!

Pokemon Stadium 2 Review by: EX Palen - 9.5/10
Succesful but unfollowed
Fifteen years after the first appearance of Mario, Pokémon made their first appearance. Just three years after the release of Pokémon Red and Green, the first Pokémon Stadium came out, jumping from the Game Boy to the N64 and changing the role-playing style into strategy. It was a successful jump, so they made a sequel following the appearance of the second generation of Pokémon, which is this one. Even though the Pokémon Stadium series were successful, they were unfollowed from then on. With Nintendo's next console, the Gamecube, no Stadium 3 appeared with the third generation of Pokémon in it. Instead, they created Pokémon Colosseum, a similar game but with an included plot of freeing Pokémon from darkness, and had a sequel named Pokémon XD: Gale of darkness. With the fourth generation of Pokémon, however, Nintendo moved back a step, and launched the third installment of the Pokémon Stadium series under the name of Pokémon Battle Revolution.

And this is how the story ends, with Pokémon Battle Revolution launched in 2006. No Stadium-like game was released with the fifth generation of Pokémon. Can we expect a new installment for the still not launched sixth generation? Let's hope so. The only thing I really hope is that Nintendo doesn't follow the above explanation which tells us that, for every Stadium-like game, a Colosseum-like game should be launched. It wouldn't be bad, though, but that's another story.

Moving on to business, it's time to review Pokémon Stadium 2. Curiously, it's the only game from the second generation that wasn't launched for handheld.

Graphics... Well, it was released merely a year after the original Stadium and for the same console, so no big changes expected. Even then, the graphics aren't that bad, and the battle animations are above the ones used in Pokémon Colosseum: in Colosseum, attacks that were going to miss were not displayed, and there was only one animation for the Pokémon to receive damage, while here we have three: heavy movement when the attack is supper effective, no movement at all when the attack isn't effective, and normal movement for base damage attacks. Graphics really earned a 9.

Sound... Pokémon is maybe the series which is less remembered for it's themes, even more when not playing a main plot game like Yellow, Crystal and so on. Also, the speaker in battles, in my opinion, could be removed. Colosseum didn't have one, and it's better that way. No intent on voting bad, but I have to give sound a 6 for all of this.

Addictiveness... As I always say, the way a game is addictive is related to its depth: the more options it offers, the more you will want to play it. The reasons will be explained below, but I guess you will understand why addictiveness receives a 9.

Story... Nothing at all. No aim at becoming victorious in all cups because there's nothing to gain. Well, at least when you play the game in a real N64 and have the Cable Link, if it's called like that, to connect your Game Boy to your N64 and use the Pokémon you have there. I think that some legendaries can be unlocked for rental, the only database we have here in Vizzed (if I'm wrong I would like to know how to correct this), but I'm not sure which are and neither I know their moveset or after winning what will get unlocked. Yep, I'm reviewing this game even though I haven't fully played it.

Depth... Here things get interesting. Four cups, the Gym Leader Castle (both Kanto and Johto), the Rival, and it's still 50% of the game. Up to this point, I would like to compare this to the handheld games. It's true that here Pokémon can't level up and that you already have them leveled enough for rental, but even then I think the game offers more battles than the handheld games, meaning important battles, not just trainers you pass and get challenged by. I think this is why this game isn't as magic, because you don't grow the Pokémon by yourself. So, let's do the math. The first two cups have eight battles each, meaning 16 total battles. Then, the next two have four levels inside, each with eight battles, meaning 32 battles for each cup, making a total of 80 battles. Then, we have the Gym Castle. The eight leaders, 16 counting both regions, their minions and the irruption of Team Rocket coming from nowhere elevate the total to approximately 128. Sure I miscounted, maybe more, maybe less, but let's round it up and say 129 so battling your rival becomes the 130th battle. Remember, this is half of the game. The other half is just the second round, battling trough all cups, gyms and rockets (my brain has been damaged due to the exhaustive calculations), which means a total of 260 battles. And the Pokémon to elect, well, differ from cup to cup, but the total number is 251. How many combinations in a battle with three Pokémon of a team of six can you do? Lots of them. Imagine now that you connect the Game Boy and use the Pokémon in there, with their own movesets and taught TMs. More and more combinations. This is why addictiveness received a 9, lots of combinations to try out and to challenge your skills. For depth, it's another 9.

Difficulty... Not very hard. electing the correct Pokémon for all battles is almost impossible, since you have six Pokémon to choose against eight trainers, meaning 48 Pokémon. Choosing wrong doesn't make this game difficult, and the CPU's Pokémon aren't overpowered. Even if they know moves they shouldn't learn, it has happened in almost any Pokémon game, either handheld or console, so don't worry. With nothing more to say, difficulty gets a 6.

I have played both Stadium and Stadium 2 thanks to this site, and I had Colosseum in real life. I didn't play XD or Battle Revolution (should I give them a try?) but even then I think that, for the benefit of all players in the world, the Stadium series should make a comeback in the following generation. Or maybe the handheld games are introducing such complicated terms (Dream World, Distortion World...) that are difficult to place them in an Stadium-like game? Is Nintendo's own fault to introduce those terms that led to the disappearance of this series? We will never know, but time will say if the sixth generation welcomes us with a new Stadium.
Graphics 9   Sound 6   Addictive 9   Depth 9   Difficulty 6

Battles is the aim of the game here, as the crazy critters, more commonly known as Pokemon, return to the N64.Once again, you have the option of building a team of battle ready warriors for a range of battles against other Pokemon trainers. Along the way, you will get the chance to fight for a range of Poke-cups, or take your Pokemon for a ride to a collection of mini-games for bonus prizes (or just for the fun of it).4 players can compete in the one tournament, while the transfer pak allows you to upload your Pokemon that you have from the range of Pokemon Game Boy Games (including the original Pokemon Red and Blue, and the GBC Gold/Silver series). If you don't have the Game Boy games, you can choose from a selection of Pokemon straight out of the box to get into the fight without mucking around.

Getting a Magnemite that is Fire-Electric.

Take one of the 2nd gen games (G/S/C), and put it in the transfer pack. Load up the game, and go to Oak's Lab. Put your magnemite into the storage. It should be an Electric Steel type. Now, turn off the game, and insert your 1st gen (R/B/Y) into the transfer pack. Go to Oak's Lab, and redownload the Magnemite. Save, turn off Stadium 2, and load your 1st gen. Your magnemite should be Electric-FIre type.

- When you unlock Dodrio Game Boy, it doesn't tell you that it is unlocked, even though it is.

- When you play Gold/Silver/Crystal versions at least double speed, all colors will be shades of red, and the border will be missing.

- If you haven't beat the Elite Four in the G/S/C versions, this will not work in your game until you do so.

Beat any trainer in Stadium Mode without any of your pokemon fainting to have a continue to use when you lose a battle.

Farfetch'd That Knows Baton Pass Beat Round 1 Vs Rival

Gligar that knows Earthquake Beat Round 2 Vs Rival

To unlock the Kanto gym leaders, defeat the Elite Four in Johto.

Unlock Mew and Celebi as Rentals

First beat Round1 and then you can use Mew and Celebi as Prime cup r2 rentals.

Users who own Pokemon Stadium 2