I picked this game out from a magazine when I was in preschool (or around that time). In the magazine, this was said to be almost unbeatable. That alone was music to my ears, and I had to have it. I got it while I was in pre-school, and I did not beat it until I was in fifth or sixth grade. But regardless, I had so much fun trying to save the citizens of the yolk-folk village and just explore the ...

Gradius...the shooting game VERY similar to 1943, that has been made for many systems and has gotten a sequel such as Gradius III, one of the Super Nintendo's launch titles. This is the first release of the Gradius series, and one of the Nintendo Entertainment System's earliest ports, released in early 1986. This game doesn't have much popularity because Gradius III pretty much took over. I went t...
Latest Screenshot

Earn up to $100 in Steam Games in the above competitions!
trixz2007 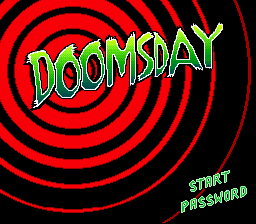