To boldly go where no man has......oops, wrong game. You play as a member of the Federation in this Sci-fi rpg. Through a mishap investigating some strange device, you end up transported to another planet that has not reached anywhere near the level of technology you posses, and has no knowledge of life on other planets. Circumstances lead you to fire your phaser in front of a...
Latest Screenshot

Earn up to $100 in Steam Games in the above competitions!
Currently no RGR Streamers
Active Netplay Sessions
Currently no active sessions
Retro Game Room News and Updates
RGR Banner and Play Window Updates 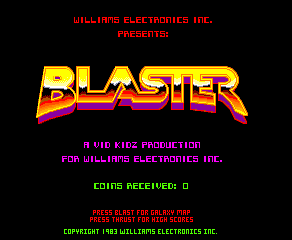