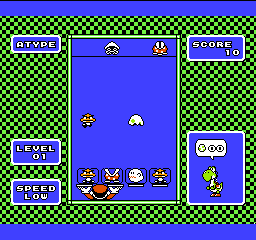 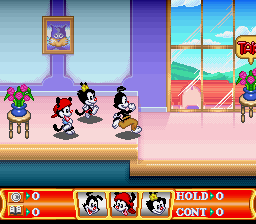 Kirby 64 - The Crystal Shards Review by: gamerforlifefor.. - 9/10
Kirby 64 Review
During the N64 era, all of Nintendo's Beloved franchises were making their 3D Debuts on the N64. There was Super Mario 64, The Legend of Zelda: Ocarina of Time, Star Fox 64, and F-Zero X, and all of those games made great use of the 3D capabilities of the N64. In 2000, Kirby finally made his debut on the beloved console in Kirby 64: The Crystal Shards. How does this game compare to the N64 games I mentioned? Was the Kirby series' N64 debut a success? I'll tell you by making this review.

Graphics: 9/10 Unlike the games I previously mentioned, Kirby 64 isn't technically a 3D platformer. It's actually a 2.5D platformer. The game has 3 dimensional environments that show off the capabilities of the N64 graphically, but you're only able to move left, right, up or down, just like in a 2D side scroller. The camera angles change depending on where you are in the level, which helps show what the environments look like from different angles. While it would've been interesting to see how this game would've been if it were a true 3D platformer like Super Mario 64, the visuals for this game are still great for it's time. The character models are superb, and there's a great variety of level designs which includes grassy terrains, a factory, and even a volcano. Another reason why Kirby 64's graphics are great is because of the cut-scenes. Each one has a frame around them, like you're looking at a live painting or picture. Also they're some of the best looking parts of the game. Overall, the graphics in Kirby 64 are some of the best you'll find on the system. There aren't many other N64 games that have better graphics. For these reasons, I'm giving the graphics a 9.

Sound: 9/10 Kirby 64 offers one of the better N64 tracks out there. The boss theme, Dark Matter theme, and of course the 02 theme are the biggest highlights of Kirby 64's soundtrack. Every track in the game is a great fit for the areas they play in, and the 3 themes I mentioned are some of the best boss themes you'll hear in an N64 game. Along with the amazing boss themes, the game also has an incredible opening theme that does a great job emphasizing the threat that Dark Matter poses to Ribbon's world, Ripple Star. Overall, some soundtracks like The Legend of Zelda: Ocarina of Time and Super Mario 64 have more memorable music than this game, but Kirby 64's soundtrack is still one of the best soundtracks you'll hear in an N64 game, so I'm giving the sound a 9.

Addictiveness: 10/10 Kirby 64 has some of the most addicting gameplay in the series. The main reason I say this is because of the fact that you can combine Kirby's 7 stand alone power-ups to create completely new abilities. For example, you can combine Kirby's fire and cutter abilities to give him a flame sword. Another example is combining Kirby's bomb and cutter abilities to give him EXPLODING SHURIKENS! This is surprisingly the only game in the series that allows you to combine abilities. I really wish that HAL Laboratory would make another Kirby game that lets you combine abilities like you can in this game. This feature is easily the most innovating part about Kirby 64, and it's also what makes the game so addicting. Kirby 64's gameplay mechanics give it huge replay value. For these reasons, I'm giving the addictiveness a 10.

Story: 7/10 Kirby 64 begins when the villainous Dark Matter invades Ripple Star, the home of fairies, one of which named Ribbon, escapes on a crystal. Dark Matter gives chase and eventually the crystal is split into different pieces, and Ribbon is knocked down into Dream Land, where she meets Kirby. Ribbon lets Kirby know about her home world, and Kirby joins her on a quest to find the missing Crystal Shards and save the Galaxy from Dark Matter. This is one of the better storylines in the Kirby series, however, there are better storylines in gaming out there. I do believe the story category in Kirby 64 is worthy of a 7 however.

Depth: 4/10 When it comes to content, Kirby 64 isn't even close to being in the same league as Super Mario 64. There are a total of 7 worlds with a total levels in each world being 4, 3, or in one case, 1. The levels themselves take awhile to complete, though this doesn't make up for the fact that there aren't a ton of levels to beat, which means it won't take a long time to complete. To make matters worse, the story mode is the only mode that has any substance. Overall, Kirby 64 isn't a very lengthy game, so I'm giving the depth a 4.

Difficulty: 2/10 Kirby 64: The Crystal Shards is one of the easiest games for the N64. The levels themselves aren't very tough to beat, and a majority of the boss battles are fairly easy as well. The bosses that can be tough to beat are each towards the end of the game. It's certainly not the easiest game out there, but as far as the N64 goes, it's a piece of cake. For these reasons, I'm giving the difficulty a 2.

Overall Score: 9/10 Kirby 64: The Crystal Shards is one of the better N64 titles out there. You can combine abilities, find hidden crystal shards, and explore beautiful environments. The soundtrack is extremely memorable, and it has one of the better storylines in the series. The lack of difficulty and depth may be a deterrent to some, but it's addicting gameplay more than makes up for it. Overall, Kirby 64: The Crystal Shards is worthy of a 9 out of 10. I hope you enjoyed this review. I'll be reviewing more Kirby games in the future.
Graphics 9   Sound 9   Addictive 10   Depth 4   Story 7   Difficulty 2

Kirby's adventure for the Nintendo 64 is a polygonal side-scroller similar to Klonoa - however, unlike Klonoa, the game only follows one set path instead of multiple branching paths. In this game, Kirby can still copy the abilities of his foes - but in addition to this, he can combine these abilities with others to make unique combinations. (For one example, combining electricity and ice will turn Kirby into a fridge that spits out food.)

The story begins with Dark Matter assaulting a faraway land for their special crystal. A young fairy called Ribbon takes the crystal and escapes to save it. She lands in Dream Land, but pieces of the crystal have shattered and landed all across the world. Kirby volunteers to help and together they go to find all the missing pieces.

Kirby will encounter his friends, who have been controlled by Dark Matter. He'll have to battle them to rescue them. From there, they travel together to other different worlds, including Rock Star, Water Star, and Ripple Star, Ribbon's home world, where Dark Matter is lurking. To properly finish the game, players must find all the hidden crystal shards tucked away in the various levels. Only then will Kirby and his friends truly save Ripple Star.

In the beginning of a level go left as far as you can. There should be a star or a cake, rib, etc. After you get it press start, do try again and keep going back to get the thing. It will always be there!

Users who own Kirby 64 - The Crystal Shards

Comments for Kirby 64 - The Crystal Shards