Play E.T. The Extra-Terrestrial online with Atari 2600 browser emulation for free! E.T. The Extra-Terrestrial (A2600) game rom is loaded with features in our flash, java and rgr plugin emulators. Nothing to configure, we've done it for you!
Game's Characters
Game's Hacks
Play Retro Games
Game Browser
Netplay Lobby
Play Your Games
Xbox One Emulator

Raiders of the Lost Ark 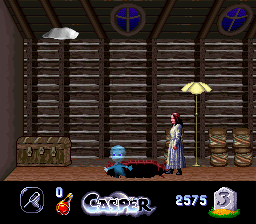 Casper
Barbie and the Magic of Pegasus 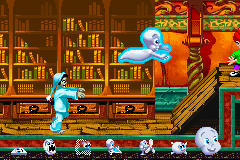 Videos of E.T. The Extra-Terrestrial Gameplay

E.T. The Extra-Terrestrial Review by: Redrunelord - 6.8/10
E.T- The Extra Terrestrial
There is a concept of remembrance when one should regard a past event for the individuals involved. History involves all aspects of what has happened, yet most historian's interests are limited to what concerns humanity directly. Historians are also infamous in labelling certain events or individuals with specific titles, and these titles can transcend into a plethora of philosophic mental engagements in trying to determine what each title actually means. One of these titles is a legend, which will be the primary focus.

What is classified as legendary is somewhat murky, but it is a term that is easy to use carelessly, as the term partially entitles something humans do not fully understand. Something that is legendary is often considered something that is beyond comprehension in magnitude, blurring the lines between truth and myth. Legends can transcend into all forms of history, including video game history. Perhaps the most legendary of all Video game stories has to be the story surrounding one of the game soften blamed for the video game crash of 1983/1984: E.T the Extra Terrestrial for the Atari2600.

In many ways, E.T has a famous story behind it for anyone who looks beyond the sixth and seventh generations of gaming. The basic premise is that Atari made a deal with Steven Spielberg, the director of the film E.T, to release an E.T video game, but the contract specified that the game was to be released by the Holiday season, giving the developers only six weeks to work (when the average Atari game took around three to four months with the technology at the time) and the game was to have five million cartridges released initially (compared to a normal three hundred thousand). The results were predictable, but what happened next is actually a lot murkier than some sources would state, with rumours being circulated and truth being difficult to derive from fiction. That story and the rumours often supersedes the game itself, and many people dismisses the game quickly. However, a lot of the hatred is due to the immense hype for a game that is, in reality, incomplete. Yet, how is the game, ignoring all the hype, and ignoring all criticisms.

The first thing that is usually mentioned is that the game is cryptic beyond belief, and that without instructions it is impossible to play. These criticisms are real, and these issues reduces the game play experience significantly, but it should be noted many Nintendo Entertainment System, and Sega Master System games would prove even more cryptic but don't receive nearly as much flak, and Indiana Jones for the Atari was much harder to figure out, yet is praised. The basic premise is that E.T needs to find pieces of a phone, so he could phone for help. This is likely a very high powered phone, or that the private residence do not have any, as E.T is rather picky about this phone, but regardless, it is necessary to find three pieces spread across in holes. These holes litters the playing area, and E.T has to jump down each hole to see if it's empty, has a flower, or contains a piece of the phone. Once all the pieces are found, E.T has to go to a specific screen, and wait for the timer that appears to run out. If the number in the bottom corner (starts with 9999) runs out, it is essentially game over.

The first thing to comment on, before getting into the game play, is the A/V department. Doubtlessly primitive by modern standards, but it they stand out on the Atari as it is not a black background, unlike a lot of games. It is usually distinguishable as to what is what, for the most part, but some items do require the player to have read the manual, so the visuals are not perfect. As well, because of the game's rushed nature, the graphics can glitch out at certain points, so they are far from perfect but, with a manual, competent. The audio is doubtlessly the gem of this game: the introductory music sounds good on the Atari, and sounds better than a lot of NES, and SNES themes that would follow in the years to come. The sound effects are also all good, and quite adequate for the game play, but rarely grows annoying, but for their significance.

The controls are actually quite competent through emulation (and to a degree with a Sega Genesis Controller), as one would use the arrow keys and the space bar rather than the Atari2600 controller, which could be difficult to use at times. To enter a hole one would simply have to run into it, and to get out press the space bar, and press up. After the player is out of the hole, they have to press down before releasing the space bar as to not fall out. This is problematic for a few holes that are close to the edges of the screen, and can be exceptionally frustrating trying to navigate out of once in. Perhaps Nietzsche's quote "if you gaze into the abyss, the abyss will gaze back into you" was foreshadowing the holes in this game. In the end, be glad that it is using arrow keys as it makes the job much simpler over a joystick. The single button outside of these holes causes the player to sprint quickly, which can be either useful or a hindrance. It can be useful from escaping E.T's enemies (presumably the scientists and government officials). While E.T can instantly escape, the sprint is one of the items that was far from perfected when the game was rushed out onto store shelves, as the sprint continues into the next screen, and the player can fall into a hole that way. Depending which hole it is, it can be very difficult to escape from, and as escaping uses most of your "steps" (your timer) it could cost the player the game.

The controls makes up a big part of the game play, but responsive controls can not save the obviously rushed design. As mentioned before, the player has to jump down a plethora of holes looking for parts, but which holes has parts is largely random. Sometimes the player may get a hint, but that does not deviate the random nature of searching. Video games that boasts randomness also boasts repetition as the forefront of any game play mechanics. As a direct result, there is no real skill involved other than learning how to get out of the holes quickly, and can grow weary to try and beat. Nonetheless, one way or another, there is a charm to it and can be rather amusing.

Movie based games rarely been great (LJN showed that time after time) but E.T is often cited as the worst, and one of the worst of all time. To be fair, E.T never had a lot going for it that would make a great game to begin with, and it was rushed out. Rushed out...rushed has to be the single greatest adjective that can be used to describe this game, as that was the big thing holding it back. With several technical problems, and just a repetitive game play it is doubtlessly a bad game. However, for what it is it is worth, it is not the worst: In its respect, the game was an experiment, an innovation of sorts, along with other late Atari2600 games to try and expand games to include a definitive end rather than proving to be impossible to end without giving up, or glitching the game out. This game is legendary among gamers for being inexcusably bad, but in reality should be legendary for an immense exaggeration of a bad game being worst than it is, and said exaggerating changing the video game industry. This is a poorly made game, but has its value in our hearts, and should not be terminated remorselessly based upon hype nor bad word of mouth.
Graphics 6   Sound 9   Addictive 2   Depth 3   Story 7   Difficulty 9

Object of the game is to help E.T. to find pieces of his phone. Once all pieces are found E.T. calls home and the spaceship arrives to pick him up. Once in a while E.T. falls into pits: if you are lucky you may find a dead flower in the pit. Bring it back to life for extra points! Watch out for evil scientists and agents who are trying to capture E.T.

E.T. The Extra-Terrestrial Guides and Walkthroughs

Users who own E.T. The Extra-Terrestrial

Game Characters in E.T. The Extra-Terrestrial

Comments for E.T. The Extra-Terrestrial