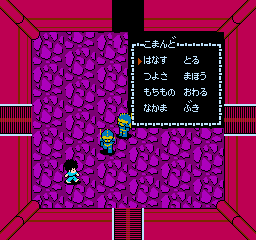 Dragon Ball Z - The Legacy of Goku II Review by: noobpwner59 - 8.7/10
A must play for dbz fans
This game is the sequel to the game, DBZ: Legacy of Goku, that was a game that was not very well received. Most people would think that you would have to be a fool to make a sequel, but whoever decided to make a sequel was a genius. The team used the gameplay mechanics to its full potential and made the DBZ game that the fans wanted from the first. How good was it, heres the breakdown.

Graphics: The graphics are not the best on the GBA, thats for sure, they do look good. The sprites look like the characters and the mode 7 map looks great. The animations are not the best, they do look like, punching, blasting, ect. The games opening movie also earns this game bonus points for being one of the highest quality cartoon clip I've seen on GBA. Overall, they aren't perfect, they still look good. 8/10

Sound: The sound FX really shine on this game, they are really high quality and sound great. The music can also be pretty catchy, its not as good as some soundtracks, it still sounds really good, although its not perfect. 7/10

Gameplay, design and addictiveness: The gameplay is a lot like the orginal Legacy of Goku. You walk around and punch people, and use energy attacks. There are RPG elements like level ups and character switching. These elements are great and the gameplay feels alot more fun than the first. The design is another good element, the game is not as tedious as the first. There are only a few fetch quests, and the game is alot more fun. Although not much has changed, it has improved in many ways, making it a lot more fun. You will definitely wamt to finish the game. 8/10

Story: The story is pulled right from the show, but I have no problem with that. It captures every feeling from the show better than any DBZ game in the past. It has a great story and is presented in a strong way. It feels really intense and fans of the show will appreciate the effort the writers put in to keep it true to the show. Its a amazing story told in a very strong way. 10/10

Depth: The game will probably take about 10-20 hours to beat. The world map seems to have a few places that look a little empty, there are still lots of areas to explore. There are also many bonus quests and even a alternate ending. A lot to do in the game, it will definitely last quite a while. 9/10

Difficulty: The game is at a fair difficulty, the player may need to level grind a little, it usually stays at a fair level, and goes at a good pace. You will probably die a few times, it will never get frustrating.  The game is great for people new to action rpgs, or experts. 7/10

Overall: This game is great and fans of the series will really enjoy, people who haven't seen the show will probably also enjoy it. It is a great game and a great play for action rpg fans or DBZ fans. 8.7/10

Following on where Legacy of Goku left off, and expanding the story built by the cartoon series, here you play as five different characters through 3 sagas that will test your skills.Fight your way through the Trunks, Androids and Cell sagas as Trunks, Vegeta, Piccolo, Gohan and Goku through either hand-to-hand or distant combat. Build up your character(s) experience and power as you build your way up to the ultimate battle with Cell.

Users who own Dragon Ball Z - The Legacy of Goku II

Comments for Dragon Ball Z - The Legacy of Goku II