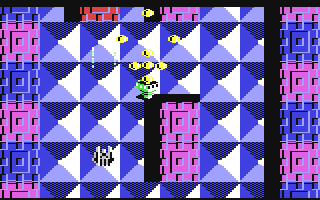 At long last, all of your favorite Pokémon are rady to go head-to-head on the N64®! Whether you're battle a friend, a Gym Leader or a tournament contestant, you're about to witness some of the most spectacular battle scenes in Pokémon history! Select a team from a huge stable of "rental" battlers, or use the included N64 Transfer Pak™ to upload your own team from Pokémon Red, Blue or Yellow! This Stadium is packed and ready to rock!

Pokemon Stadium Review by: gamerforlifefor.. - 7/10
Pokemon 64
It's hard to believe that Pokemon is already celebrating it's 20th anniversary this year. Back in the old days of the mid to late 90's, the series took the world by storm, with nearly every kid in the world trying to catch them all and become the Pokemon Champion.  Back then, I had always dreamed of seeing the Pokemon I trained and grown attached with on my gameboy battling it out with a friend or my sister's Pokemon in 3D. I finally got my wish when Pokemon Stadium came out on the N64 back on March 6th, 2000. While most people know it as the first 3D Pokemon RPG, it was actually the second Stadium game released in Japan.With Pokemon Stadium being the first game released outside of Japan to be in 3D,  I was hoping that this would be the best game in the series at that point, but unfortunately, it wasn't. Red, Blue, and Yellow were far better games than Pokemon Stadium. Why is that you ask? Well, I'll tell you by making this review.

Graphics: 9/10 Out of all the Nintendo franchises who jumped into 3D in the N64 era, Pokemon Stadium is one of the most visually appealing to look at. With all your favorite Pokemon now having 3D sprites (which for that time period, looked very realistic), few N64 games have visuals as great as Pokemon Stadium. The main reason I love the visuals so much is because of how realistic the Pokemon looked on the N64. Each one's as well detailed as you could possibly expect them to look on the N64, and honestly, each Pokemon look far better than the characters in the N64 Mario games.

If I were only judging the graphics purely on character designs, this would get a 10. Unfortunately, the game's backgrounds are kinda lackluster, and they have very poor textures. Fortunately though, the attacks are just as beautiful as the Pokemon themselves, with some of the best moves such as Thunderbolt, Explosion, and Fire Blast looking as epic as the moves actually are. Honestly, while the backgrounds may not look all that appealing, the Pokemon and their moves look incredible enough for N64 standards for me to give the graphics a 9.

Sound: 4/10 One of the most disappointing aspects of this game is the mostly underwhelming soundtrack. Pokemon Stadium's soundtrack mostly consists of remixes from Pokemon R/B/Y. Unfortunately, the only song in the entire game that's actually an improvement from the Gameboy games was the Gym Leader Theme, which is basically a rock remix. The rest of the soundtrack however is one of the most disappointing I've heard in an N64 game. One of the worst examples is the Rival theme, which doesn't even come close to being as epic as the theme from R/B/Y, or any of the other versions of that theme that have ever been made.

As disappointing as the soundtrack is, the worst part about Pokemon Stadium's sound is the announcer. When you attack, he'll say the same stuff multiple times when you do a certain action, which gets annoying really quickly if you're in a long 6 on 6 battle. Whenever you sit around doing nothing for too long, he will start saying stuff like "The Pokemon are staring each other down", "The trainer hasn't issued an order, and "What's the matter trainer?" over and over again, which also gets extremely annoying. Literally the only good quote I've heard from him is "what's the point of splashing?", and let's face it, who uses splash in battle? Nobody! The combination of the annoying announcer guy and the disappointing soundtrack give me good reason to give the sound a 4.

Addictiveness: 7/10 Pokemon Stadium is still to this day one of the more entertaining home console Pokemon games out there. While it may be lacking in the story and content departments (which I'll get into later), it succeeds in the main thing people wanted to see from Pokemon Stadium, awesome 3D Pokemon battles. The battle formula is unchanged, but the battles themselves are far more realistic here than in any game in the series before it. The gym battles and tournaments you compete in are entertaining to compete in, and the minigames in Kids Club are also a fun distraction when you don't feel like battling. The game lacks a storyline, and it doesn't have any exploration that previous games in the series had, but the gameplay is good enough for me to give the addictiveness a 7.

Story: N/A The most disappointing aspect of Pokemon Stadium is the fact that it does NOT have a storyline. When I play a JRPG, I expect it to have some sort of story even though the Pokemon series isn't exactly known for it's storylines. This game however doesn't give any sort of plot, which was very disappointing at the time. With this being one of the only JRPG's made for the N64, it would've been nice to see some sort of plot, even though it wouldn't have been able to compete with the likes Final Fantasy 7. As much as I want to give this category a low score, the fact that it doesn't have any sort of plot forces me to leave this category blank. I may not be able to give it a score, but it will effect the overall score I decide to give this game.

Depth: 5/10 When being compared to Pokemon Red, Blue, and Yellow, Pokemon Stadium doesn't have a lot of content to offer. The main modes this game has are Gym Leader Challenge, where as the name suggests, you take on the gym leaders and try to become the champion. There's Stadium mode, which is where you compete to win tournaments with each cup having a specific level requirement for your Pokemon. The 3rd mode is Kids Club, where you take part in minigames, which is similar in a way to Mario Party. There are a total of 9 minigames to do in that mode. The 4th mode is Free Battle, which is basically just a regular battle where you can fight against another player, such as a friend. There's no region to explore, no story to get involved in, just a few game modes... I expected more from the first 3D Pokemon game released outside of Japan. Overall, there isn't a lot of depth to this game, so I'm giving this category a 5.

Difficulty: 5/10 When it comes down to toughness, there are far harder games on the N64 than Pokemon Stadium. Even if you're playing the game on vizzed and don't have a team from red or blue, the game is still pretty easy to beat. You can pick a team of 6 from the first 149 pokemon to complete the game with, so the gym battles pretty easy to beat, assuming you pick a really good team. The minigames aren't that tough either. Since this game is pretty easy to beat, I'm giving this category a 5.

Overall Score: 7/10 Pokemon Stadium will always have a special place in my heart because it provided me with my first experience with playing Pokemon on the big screen. The Pokemon's 3D models and attacks looked fantastic for it's time, and it provided some of the more epic battles at the time of it's release due to it being in 3D. Unfortunately though, the fact that Pokemon Stadium doesn't have a storyline, it's soundtrack was poorly made for N64 and Pokemon standards other than the gym leader theme, and a lack of game modes prevented Pokemon Stadium from being one of the best JRPG's from the 5th generation of gaming. It's still a very fun game to play from time to time, and it along with Pokemon Stadium 2 are great ways for vizzed users who don't have a 3DS, N64, or GameCube to play Pokemon in 3D. Overall, Pokemon Stadium is good enough for me to give the final score a 7 out of 10. I hope you enjoyed this review. Also since this is Pokemon's 20th anniversary, you can expect to see a lot more Pokemon reviews from me this year.
Graphics 9   Sound 4   Addictive 7   Depth 5   Difficulty 5

The Nintendo Pokemon creations make their way to full 3D battles in a recreation of the Pokemon battle sequences seen in the cartoon series. All 151 original Pokemon appear in some way or form, either for you to battle with, against or for use on the Game Boy Pokemon series.Using the Transfer Pak (plugged into the slot in the N64 controller) and a copy of any Game Boy Pokemon title, you can upload your Pokemon for battle in full 3D in either a full-on tournament (where you can win badges, money, items and pokemon), play mini-games or battle against friends.And after the battle, any experience, pokemon or items gained can be transfered back to the Game Boy version.

Register all 151 Pokemon in the Hall of Fame.

Complete Pokemon Stadium round one.

You must win or tie 5 rounds in a row during a ''Who's The Best?'' mini-game championship against 3 CPU's on hard difficulty to unlock hyper difficulty mode.

Put the Pikachu you started with in Yellow in your party for Round 2 Prime Cup Master Ball. You MUST USE THAT PIKACHU IN EVERY BATTLE of Round 2 Prime Cup Master Ball. After you defeat the final trainer, your Pokemon will be put in the Hall of Fame and Pikachu will learn Surf! You can now play the Surfing Pikachu Minigame in Yellow version as well.

If you beat all the cups and Gym Leader Castle, Mewtwo will appear. If you beat him, you'll get the harder R2.

Use Mew I round2

First Beat Round1 and then when you Unlock R2 you can use Mew as a rental in R2 Prime Cup Battles.

Beat R1 Mode, and reload the game. In place of the title screen is a new one.

If you nickname your Pokemon in the Gameboy game and bring it into Stadium, it will have changed color depending on what you nicknamed it!
This has NOTHING to do with shiny Pokemon, because they were not invented when Stadium was released.
Possibilities range from an orange Pikachu to a seagreen Tentacruel.

After beating the R2 Mewtwo, go to the Gallery. Scroll down
to ''Print'' and hold L and R. Print will become ''Bonus''.
Press A to view the game backgrounds, which can be printed
off at a Pokemon Snap station.

If you beat Master Ball in PokéCup or Primecup
you will get dodou speed. This allows you to play your pokemon game in pokemon tower at X2 speed.

Users who own Pokemon Stadium