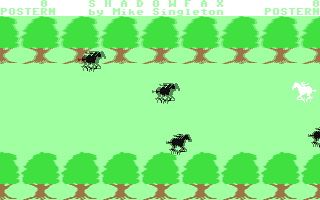 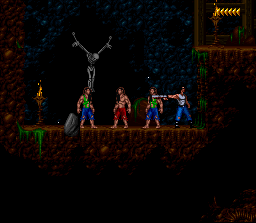 After getting his wings clipped in Castlevania and Simon's Quest, the death defying Count has risen again. Desiring revenge even more than blood, he'll descend upon your Game Boy, with fangs glistening by the light of the slivery full moon. To survive his maze of torture chambers and vampire crypts, you must unlock the castle's secrets by locating hearts, crystals and crosses. You must also possess the strength to master the Mystic Whip, which wards off unearthly evils like the She Worm. So risk your neck and accept Drac's challenge. Because if you fail to destroy him now, he will rule the night forever.

Castlevania Adventure Review by: DoubleD1997 - 3.5/10
Fighting Dracula in 8 bit really worth your time?
Well if it isn't another castlevania game. After the first one and Simon's Quest you think this would be a decent game well your wrong. This is my review.

Graphics 3
The game lacks a lot on graphics everything looks so out of order. Christopher (The person you play as) doesn't look human but more like a robot and the background is usually blank most of the time. Yes it's a gameboy game but if you've ever played super Mario land 2 6 golden coins you could tell that konami could of worked harder on this.

Sound 8
The one thing we can look forward to is the music. As usual castlevania delivers good quality music that makes it fun when you are in battle.

Addictivness 2
I honestly never want to play this game again it is really boring there is nothing really fun about this game you are just basically side scrolling the entire time and when you are platforming it is so hard to jump to another platform. This should of been fixed. Besides that there is no interesting boss battles there is no interesting enemies to fight it is just a simple plain game with no creativity.

Story 4
Now most people say that there is no story in this game well I did my research on the internet and there is a story. It is about Dracula resurrecting  in the year 1576, 100 years after his defeat from Trevor Belmont from the game Vampire Killer  coming back to try to cover the world in darkness once again. Christopher Belmont now sets off to an adventure to try to slay Dracula and seal him for another 100 years. The story is a little more stable but I rate it low because it does not tell anything about the story in the game I had to look it up to find the story which is why I rated it low.

Depth 1
This game does not offer anything all it does is offer four levels that only take about 15 minutes to beat so you can beat the whole game in a hour so there is nothing you can do in this game. All you can try to do is get the highest score and try to beat it fast in a speed run but I don't think it's worth it.

Difficulty 9
This game is hard because of unfairness. The controls stink Christopher doesn't jump high at all so when you are jumping platform to platform you will probably fall short like 70 percent of the time. You have to jump like off the edge in every platform to get to the next which is just irritating. Besides platforming the enemies are pretty hard to mostly the ones that have a projectile attack and the bosses are pretty challenging to except boss number 3 he is easy. Dracula has two phases so it keeps the same difficulty we expect from a castlevania game which is good to know.

Overall 3.5
Well this game was bad in so many ways I wished Konami would made this more like the NES version. I'm pretty sure they could of but instead we got a major disappointed hopefully this doesn't happen again. I guess Dracula and the Belmonts should get out of 8 bit world because it just isn't going to work. Overall I give this game a 3.5 out of 10.

The Count has risen again desiring revenge even more than blood. There are four levels of dungeons, chambers and crypts. At the end of each there is a Primary Evil who is waiting. Your sole weapon is the Mystic Whip which you can use on enemies or candles to unleash hearts, crystals and crosses of gold.

I need practice...
>>
Click Here
to View All
Highscores
>>

Users who own Castlevania Adventure