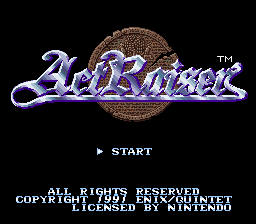 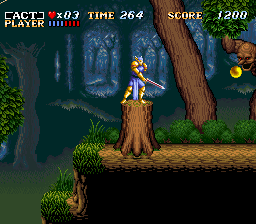 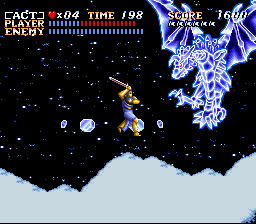 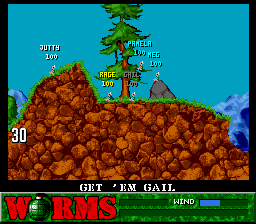 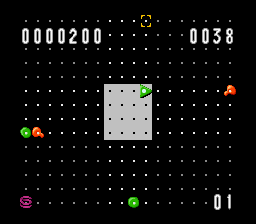 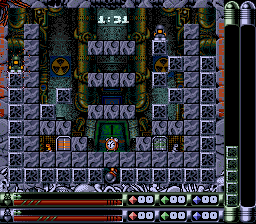 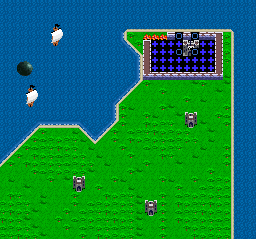 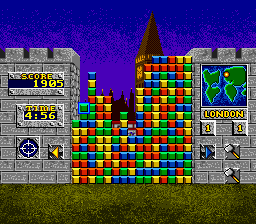 Long ago, you and your people built a peaceful land. Since then, your world has been taken over and inhabited by the evil Tanzra and his Guardians. Your once-tranquil land has become a breeding ground for monsters, Injured, you have retreated to your Sky Palace and have fallen into a deep sleep. Now, many years have passed and you have recovered from your injuries and slumber. You must punish Tanzra and restore the world to your people or lose their faith forever.

ActRaiser Review by: Totts - 10/10
ActRaiser
In this amazing game for the SNES, you get the chance to be a God and have boundless power, who has not ever dreamt of this, not even contemplated it once? In the first God game "Populous" many players did get the chance to already meet this dream.

But what if you like action games? Quite simply then, you must gain access to "Act Raiser" as soon as possible, because this Super Nintendo game from development studios Quintet combines skillfully action-packed stages with the most important aspects of a God game.

As a God who is simply called in the game: "The master", you must bring the world deposed from his eternal antagonist Tanzra from chaos to order again. The Tanzras six are demons who have the world divided amongst themselves, while "The master" of the last battle against him is sealed in itâ€™s cloud Palace in the century long batttle who was heavily wounded. Without his parishioners strongly weakened, he faces the seemingly insurmountable task now.

This inspired the stone statue of warrior with his presence and fighting evil with the sword in the form of an action-packed platform game. The first section of game looks surprisingly good today and makes it fun even if it is not easy due to the relatively short energy bar. You can run and jump across platforms of a picturesque woodland, this idyll is only disturbed by the presence of evil monsters. They only leave the area when the boss has been defeated at the end of the level. When this is done, the good and faithful people of the region can settle down and are now dependent on the assistance and protection of the "master".

As a God he has a tremendous responsibility placed on him and highlighted in the following simulation section, which brings his responsibilities clearly to the fore.

The simulation mode, shown from the air, may be useful graphically in terms of functionality, but must be credited with its but with totally uncomplicated handling. Using natural elements it provides a new habitat for his faithful, destroyed like the impenetrable forests with Flash or with the power of the Sun dries treacherous swamps. People then diligently and worship and proliferate as thanks to the "master" all the more. To create the conditions for a high population growth, the primary goal of the simulation game is to get the strength of the "master" to increase with an increasing number of followers which manifests in the increase of the energy bar. The increasingly difficult action growing sections are different not to create. Access to the first Arch demon is revealed only when all evil monsters who charge on the map and destroy houses, burn fields or cause even earthquakes, defeated and their generators sealed by the population. In a second action section, evil at the roots is packed and finally banished from the country.

The basis of the six demons implies in total a whole twelve successful and varied hack and slay levels that are thematically similar to the diverse cultures of humanity. During the simulation some additional life is often well hidden as well as spells that are very helpful in the fight against evil. You should therefore always listen to the concerns of his subjects, because this leads to some interesting reporting. When you have done everything, you must then compete in the thirteenth and final level against Tanzra.

For owners of a Japanese Super Famicom systems at this point you can easily handle the game because of exemplary governance self-explanatory icons without knowledge of the Japanese language. The rest is presented graphically more or less self-explanatory. In the worst case it saves and experimented around something.

"Act Raiser" is technically still very remarkable despite its age. The graphics and the soundtrack are bombastic, never to be forgotten and very detailed and the playability remains excellent. It can safely therefore be called one of the flagship games for the Super Nintendo. I've replayed it often , recently only on my Super Famicom, and I actually found a new spell after all these years. "Act Raiser" is absolutely divine! No Super Nintendo or Super Famicom fan should miss this game!

Actraiser was one of the early SNES games, drawing upon the success of side-scrolling platform action titles and the building model of Sim City. You play "The Master" (essentially God), and must save the world from evil.

First you purge the land by sending your spirit into a warrior with a big sword and magic powers. This side scrolling portion puts players in many different locales, from swamps and forests, to pyramids and snowy mountaintops.

As you eliminate evil from different parts of the land, you allow villagers to return and build their towns. You then control an angel who helps guide the villagers in their town building, and can send down miracles to aid them in their needs.

Hidden Extra Lives
Here is how to find four hidden extra lives in the game's towns:

Fillmore - When you get the Compass, use it here.
Bloodpool - Make it rain over the big lake.
Kasandora - Cause an earthquake after uncovering the pyramid.
Northwall - Strike the town's shrine with a lightning bolt.

Professional Mode
To access the hidden Professional mode, first, beat the game. Then on the title screen, highlight 'New Game and press Down or Select.

Users who own ActRaiser