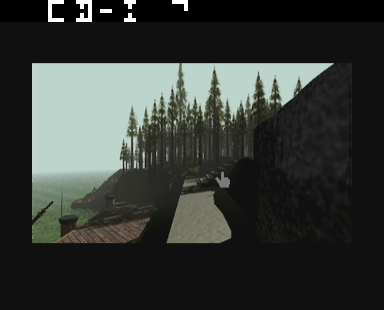 Yu-Gi-Oh! - Dark Duel Stories Review by: starwars293 - 9.5/10
Yugioh Dark Duel Stories Review
Hey you guys,this is starwars293 with another game review. This time, it's Yugioh Dark Duel Stories for the Game Boy Color. Ah yes, another great classic. The game was a great game. Dueling people like Kaiba, Joey and the famous and king of games, Yugi Moto/Yami Yugi. The dueling is back, but some things are need to get better cards. You start off the game with cards with 250-900 attack and all that stuff. No spells and not traps. This is because the starting stage has the really bad cards while the next stages are harder and harder.

In order to get better cards, you need to enter a password. For an example, if I wanted Dark Magician, I would need to enter that password. You can get the passwords on the gamestop website, or search up on Google, Yugioh Dark Duel Stories passwords. You also need passwords for spells and trap cards.

The duelist are the most known ones in the series, even the top three duelists. Yugi, Kaiba and Joey. You still get to duel Yami Yugi in the game, but you need to enter a password. Yes, you also need passwords in order to unlock other 5 duelists. I won't spoil it for you. Find out for yourself. I will say that one of them is Yami Yugi though, but that's all i'll say

The gameplay is pretty good. You just have to duel and be the best. That's pretty much it. You can also rematch the other duelists if you want to. Now let's rate this review


Graphics-The graphics are okay really. The card picture for the cards look pretty good like the Dark Magician card picture. Even the pictures are usually funny sometimes. I rate this a eight out of ten for the graphics

Sound-We all know that the sound is so awesome! The themes are so catchy! Mostly Yami Yugi's theme. In face, almost the whole sound track has catchy theme music! I rate this a 10 out of 10 for the sound and music

Addictivness- I would play this game again because of the dueling. It's like you're the king of games after you beat the whole game and everyone in a children's card game. I would rate this a 8 out of 10 for the addictivness.

Story-There really isn't a story. All you need to do is beat everyone in dueling and become the king of games and that's it.

Depth-The game offers some good cards. You can even added cards that are constructed from the main menu. If you don't know what i'm talking about, look through the menu when you play the game and you should see the option, construct. There you can make monster cards from card parts. You get card parts when you win a duel. I would rate this an 8 our of 10 for the depth of this game

Difficulty-This game starts off easy, then it gets hard. I would rate this a 8 out of 10 for the difficulty

Overall- Yugioh Dark Duel Stories is a great game to play and a fun game. I would rate this a 9.5 out of 10 for the overall mark of the game

Wrap things up-Yugioh Dark Duel Stories is a great and fun game to play. I would recommend to play this game if you like Yugioh.


This has been another starwars293 review
Thank you for reading

Construct your decks, duel rivals, gain experience and ultimately face off with the four rulers of heaven, the keeper of the fabled Millennium items. Planning your strategy well is the key. Use Fusion and Offer commands to increase the power of your attacks!