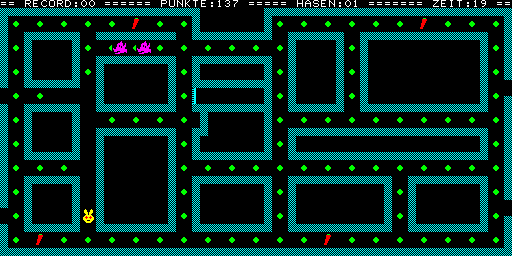 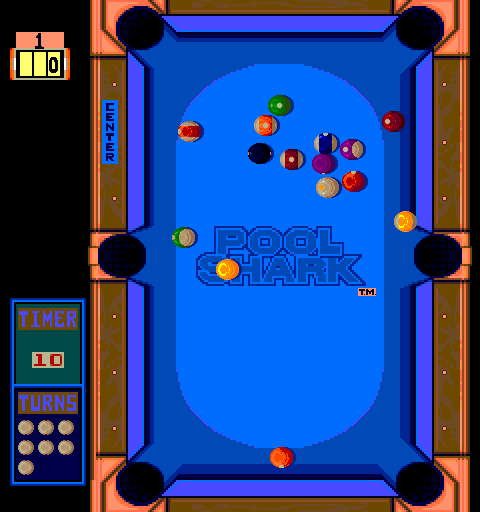 Namco Classic Collection Vol.2 Review by: Eirinn - 7.7/10
Classics reborn, and then some!
Ever get nostalgic, and want to play those old video games from back in the day (he asked a group of people that frequented a site devoted to retro games)? Yeah, so that question sounded a lot better in my head. Anyway, Namco classics Vol. 2 takes three of those old classics: Pac-Man, Dig-Dug, and Rally X, and packs them into one, but they didn't stop there. No sir, and no ma'am, they added new versions of the classics as well as including the old ones. New versions of old games? We've seen time and time again that this isn't always such a great idea, and you know what they say: "if it's not broken, don't fix it". So did Namco goof when they decided to repackage and remake the old classics? That's the question that this review sets out to answer, so let's get to it.

Okay, so have you ever wished those old two player games allowed you to play in simultaneous co-op, instead of alternating turns? That maybe multiplayer in the 8-bit Mushroom Kingdom adventures would have been a little bit better if only Mario and Luigi could have run side-by-side through those Lava spewing castles that Bowser felt he needed so many of, rather than alternating turns? Probably most of us Multiplayer game fans have wondered that at one point or another, and thankfully, someone at Namco had the same question, and they finally set out to answer them...well...with Namco games anyway. You heard me right, you're not seeing double, there are two Pac-Men (or is it Pac-Mans?) Waka-Wakaing through that maze, eating pellets and running from ghosts. Sounds pretty epic, right? But then there lingers the question: do these newer versions with pdated graphics, sounds, gameplay, and levels, stand up to our expectations for these classic games? Let's get on with the ratings, and see if Namco delivered or not.

This one took very little time to decide on: the classic versions of the games have been rendered faithfully, only they've been improved. They don't flicker, they flow beautifully, and they seem to be a little brighter...or maybe that's just the happy little kid inside of me seeing it that way.

As for the pdated versions of the games, I was extremely impressed with the new Pacman color scheme. It's just so bright and colorful, it made my (big) little gamer face light up to see the classic rendered so beautifully. The new look was so bright and happy, it made me instantly feel like I was having fun, before the first level even started, and this coming from a guy that doesn't even enjoy Pac-Man that much.

The sprites have been pdated drastically in Pac-Man, with new ghosts with new movements. They look stunning when compared to the first Pac-Man, and they look 3D and stack up well against other Arcade games of the time.

Rally X has pdated graphics in the new version as well, and they look much better, especially the arenas, which are far more realistic looking than the originals. I can't find a single fault with these graphics either, and I must say I'm impressed by them as well.

Dig Dug's pdates are also nice, and I especially enjoy the look of the world map in between levels. Again, nothing short of impressive.

In the end, the graphics here are guarunteed not to disappoint, and go a long way in contributing to the addictiveness and overall fun offered by the game.

Highlights:
-Revamped graphics on the new and classic versions of the game

The sound here is good. They've taken the audio in the classic versions and...done absolutely nothing to change it. Whether that's a good thing or not all depends on how you liked the originals, I suppose, but you can't exactly fault a re-release of an old game for not changing the content.

The new audio in Pac-Man is, in my opinion, quite an improvement over the original. Still, it's Pac-Man, and there isn't a lot to be said about it in the audio department, but then, quality always wins out over quantity.

Dig Dug has some very nice music to it. In fact, the new Dig Dug music is by far the best part of the audio in this game, in my opinion. The tune this one offers you, is good enough to merit seven of the ten points I gave the audio.

The sound effects in the pdated Dig Dug were a big improvement as well, with the pitch being altered to be more appealing. Never before has it sounded so nice to hear your enemies bodies literally pop, as you pump so much air (or whatever's in that pump) into their bodies, that they burst. Wow, this game didn't seem half as violent or vile ten minutes before this review. Disturbing as it may seem, these sound effects are actually really enjoyable now, much more than in the previous version.

Rally X. Now how exactly do you say this without making it sound lame? The new tune in Rally X sounds like an easy listening version of the original (Yeah...I think I failed on the "without sounding lame" part). It's altered enough that you can't hear the similarities at first, but after about five seconds, you start catching some of the old tune in there. I was actually impressed by the way that they took the classic tune, and pdated it so well. It sounds like it's own song, yet somehow sounds similar enough that you can tell just what it is.

The sound effects are far from impressive, but they do the job. The car crash sounds about like you'd expect from a toony arcade game of it's time, and that about sums up all of the other sounds.

So the incredible pdates to the music, and some nice touches to the effects in Dig Dug, put this one over the top for a ten.

Highlights:
-Great music in the pdated versions of Dig Dug and Rally X

-The sweet sweet sound of dinosaur bodies bursting open from the inside out...uh...yeah.


Story: N/A
I'm sorry, I tried and tried to think of a short and clever new way to say "There is no story", but I'm drawing a blank. So yeah, nothing to see here.

What else should we expect from old games from the eighties? They played in your home. They were somewhat enjoyable. That's all that we asked of them.

Still, the fact that this is essentially six games in one, bumped up the depth a bit, as did the added levels, and ability to play simultaneous multiplayer in Pac-Man and Dig Dug, and the inclusion of both the old and new versions of the games (known in the game, as "Classic" and "Arrangement").

Highlights:
-Simultaneous Multiplay! Have I said that enough yet?

One word: Dig Dug (okay, maybe that was two). I am hooked on this game, especially with the pdated music and sound effects (Pop!), and the new levels that change to reflect where you are on the island map. This alone has brought me back to Namco Classics Vol. 2 several times over the course of a few days.

The somewhat overly simple gameplay is charming, yet challenging. You can always get just one level farther next time, or a few more points the next time. These games may not be the most addictive games ever made, but they certainly do have their charm, and they haven't worn off with time. It's easy to see why Namco chose these three games to re-release, and remake. If you like any of the three games I listed, you'll enjoy this game.

-The remakes breathe new life into the already addicting classics.

The classics are just as challenging as they ever were, but the newer versions allow for continues when you lose all of your lives, so they can easily be beaten, no matter how difficult the levels become, thanks to the fact that emulation allows for unlimited continues, for free.

-Challenging enough to test your skills, but not frustratingly so.

Great graphics, Impressive sound, and addictive gameplay, this game has it all! Except story of course...and maybe depth...yeah, definitely depth. It is fun though. If you enjoy these classics, you'll almost certainly love the pdated versions of them. There may not be a lot here, but it offers plenty of fun for fans of the games of it's era, that's for sure.


In the end, Namco Classics Collection Vol. 2, is exactly what it sounds like, and more. It's definitely worth the time and Viz it takes to play, and I whole heartedly recommend adding this one to your collection. If you enjoy these old games, you need to try this one, and if you've never played these old games, then this is a great place for you to start.
Graphics 10   Sound 10   Addictive 7   Depth 4   Difficulty 5