Play The Sims 2 online with Game Boy Advance browser emulation for free! The Sims 2 (GBA) game rom is loaded with features in our flash, java and rgr plugin emulators. Nothing to configure, we've done it for you!
Game's Soundtrack
Play Retro Games
Game Browser
Netplay Lobby
Play Your Games
Xbox One Emulator 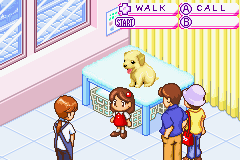 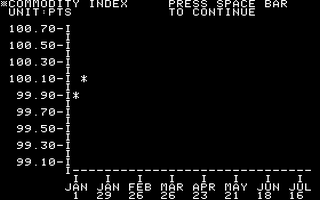 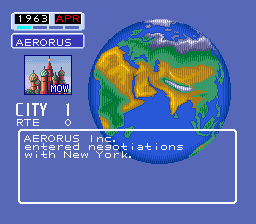 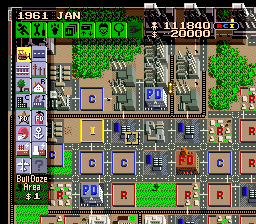 In The Sims 2, you can control your Sims over an entire lifetime for the first time. With the addition of genetics, the game lets your Sims pass their DNA down through generations. Every life choice you make has a relevant and dramatic effect on the lifetime of your Sim. Now it's up to you to take your Sims from the cradle to the grave, while fulfilling their dreams and pushing them to extremes.

Videos of The Sims 2 Gameplay

Pre-Review
I haven't ever played this game until now, and was somewhat expecting a more.. "Sims" like experience. Turned out to be completely different, and it's not bad! When judging all aspects of the game, I took into account the year of release and what other games were doing at this time. I believe that this will make the following review fair and honest. For a video version of this review, please check the Vizzed Videos section of The Sims 2 (GBA).

Graphics
The graphics showcased in this game are great! I always like to find cons before pros, but this game did great. The walking sprites, still sprites, textures, theme, and the animations are awesome. They even do little introductions for the episodes, which is a neat touch. You may be a little surprised on how things react to you, which we'll talk about later. I tried hard to find something I didn't like graphics wise, but was unsuccessful in my mission to do so.

Sound
The sound is just as good as the graphics. You'll notice immediately that the soundtrack is unique and very good. Remember how I said that things react to you with the graphics? That's true for sound too, but I will talk about that later. All sound effects are done very well, and it fits the theme perfectly. An often overlooked feature for the day of the handheld was the ability to change volume levels (lower music, higher SFX, etc). This game provides the choice to change these values, which is ironic since it's one of the game I wouldn't change the sound level for.

Addictiveness
The game features multiple levels, about 16 base levels in all. They can also be changed with plot twists, for enhanced replay ability. The episodic set up allows for a person to play a few episodes at a time, good for the "on-the-go" mission of the time. There's a good amount of unlockables and what not, to keep you motivated to keep coming back. I'm not sure that I'd play the game again after beating all episodes, but I can definitely see how someone would be interested in doing so.

Depth
You start the game, and you create your own character in typical simulation fashion. You pick your aspiration, and you're thrown in there. The game has many different unlockables for different things. Social interaction can be influenced on what you choose. For instance, being friendly will work on some, while being intimidating will fail miserably on some. Sometimes the unlockable emotes will be more effective than others. There's hidden items to be found, and all around a good amount of secrets to figure out. The story itself supports the depth, and really works well with everything that goes on.

The characters themselves have depth, and feature different personalities! You'll interact with people who love motorcycles, a guy who refuses to move from in front of your house, and the occasional alien on of course. Each of them can be interacted with in varying ways, making the encounters unique.

Remember when I said about the graphics and sounds interacting with the player? Just to show how much depth this game actually has, they added pretty neat things. When you walk on the street, you'll notice pretty early that the birds will actually react and fly away. When you walk near the bar, you'll actually hear the electricity from the sign. There's many more examples, but these are early ones you can relate to noticing.  These add to the immersive and stunning depth the game provides.

Story
It will start off crazy. You'll be thrown into the game, quickly finding out that you're actually on a T.V. show. Yes, you're a star, and you're the only one who knows you're actually being filmed. You'll be told by the director certain objectives, or as the game calls them, "plot points," which will lead you through what you need to do. Your goal is to find secrets, do the plot points, and earn great ratings! Think of the rating as your score, which can also be used to purchase new emotes, plot twists, and more! It's hard to talk about too much without spoiling, but the story is solid and wacky. It works, even if it's nuts.

Difficulty
The game is actually difficult for me to rate in terms of difficulty. It doesn't feel difficult, but it may require you to think once in awhile. The game is explained well, and you have a good general idea of what's going on at all times. If you're playing for fun, it would be easy with a touch of difficulty to provide a bit of challenge and reward. If playing to complete every aspect of the game (perfect ratings?), then yeah, it may get a little more difficult and/or tedious.

Conclusion
This is not the same game as the Sims for your personal computer, but it is still a fun game. I'm almost a bit disappointed I didn't get this game as a child.

The graphics are fantastic, can't find anything to complain about, therefore it's an easy 10.
Graphics: 10 / 10

The sound is very well done, especially with the little effects sprinkled throughout the game. Soundtrack is great. Even gives you the option to manage the sound volumes! It earns a 10.
Sound: 10 / 10

It definitely provides replay value for those who seek it. The unlockables may cause you to want to keep playing, and will offer incentive to come back for sure! I can see someone playing the game many times. I personally like the episodic system, but at the same time I don't know about playing certain missions again.
Addictiveness: 8 / 10

The story is wacky, but it works very well with the game. It makes sense (sometimes) and the story is essentially the game itself. Without the story, the game probably would make almost no sense at all, which is a good thing (the story did its job). Episodic system was great for the play-on-the-go mission of the time, and overall it's well done. It's still crazy, but well done.
Story: 9 / 10

This game's difficulty really won't have an effect on the overall score, simply because I couldn't figure out what I should value its difficulty at. I found it easy but with a slight challenge for balanced game play. I'm dropping a 6 because I feel like that's where I'd land at if I thought about it for another hour.
Difficulty: 6 / 10

Overall, the game was surprisingly fun. No seriously, I was surprised I had fun playing this. It had many different cool things, animated cut scenes, episode introductions, variable game play, the works. Not much bad to say about the game, so we'll give it a 9.5 / 10.
Overall: 9.5 / 10 (Boosted score from 9.4 to 9.5 due to story being a debatable 10)

If you're interested in trying a game that is completely different from the rest of the pack, give it a try! If you want a reason why, read the review again. It's good. Thanks for reading Vizzed!
Graphics 10   Sound 10   Addictive 8   Depth 10   Story 9   Difficulty 6

Welcome to Strangetown! The Sims 2 for Game Boy Advance is inspired by the weird town in the original PC game, but this time you're in a "reverse" reality show. Daddy Bigbucks (the villain from the game's prequel, The Urbz) is secretly filming a reality TV show in Strangetown, and pushes your own Sim to mix things up for the cameras.

You'll make friends and enemies, have romances, play minigames (some of which are thinly disguised as fictional commercial breaks), and participate in 11 standalone episodes, each with their own plots and situations. In one episode, you might be dealing with Don Fusilli and his mob, in another episode you might be battling lady bugs after being shrunk down to the size of a bug by a homebrewed cola.

Overall, the game is less of a simulation and more of a quirky adventure game through a colorful desert town.

The Sims 2 Guides and Walkthroughs

Users who own The Sims 2

Comments for The Sims 2