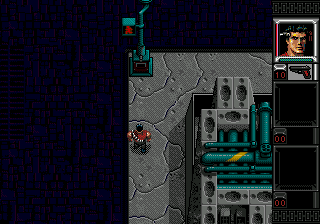 Videos of Dragon Ball Z - The Legacy of Goku Gameplay

Dragon Ball Z - The Legacy of Goku Review by: linkmaster99 - 9/10
Dragon Ball Z Legacy of Goku Review
Well I am linkmaster99 making another game review. This is one dragon ball z the legacy of goku. I played through hard games before but this was one to really work for. I won't lie I did beat it in under 3 hours but I died quite a few times. This game is one hard sucker and I would say the hardest part on the game is namek. I am a little surprised I got passed it, but I guess I got a little lucky varadude630 showed up. It is because of him I was able to train so hard he told me a code and I used it to train. I will share that with you when I get that chance to. Well I suppose I should get started with this game review now ^_^.

Overall: 9
I gave this game a nine based for three things. Number 1, This game was rather challenging compared to some other games I played it really made me work, and I really worked hard to. Number 2, This game was really fun and I enjoyed playing through it. Number 3, I get to fly whenever I want to but I got to have ki. Something I really didn't like is that the way you swing and other things the way monsters and you take hits. I also don't like how you only play with goku that is what made this game quick I wish you played with gohan, krillin piccolo and vageta as well. I also don't like how when you continue you can only fight frieza over and over again and never go places you been to like the other games like that.

Graphics: 9
I gave this a 9 as well because the game actually does look like dragon ball z buu's fury and I gave the graphics a 9 on there to. It also does not make any crackling sounds when I play and the quality is top notch to where you do see squares. The only place where bad quality is the opening intro. Still though this game graphics really aren't that bad, and they also aren't that good either though but since it looks ok to me it earns a passing grade for it.

Sound: 10
The sound on this game wasn't that bad I actually quite enjoyed some of the music on it. I especially enjoyed the music from namek where the sad song came on. Oh and the time I fought Radditz that music was pretty cool to me. So there you have it I actually like the music on this game. I don't care about all that right now thought the pint is that it has some cool music to it an quite enjoyable music sometimes to.

Addictiveness: 6
I gave the game a 6 on the addictiveness because, it could have been way better and more addictive if you could play with more than 1 freaking character. It seems crazy but the game flew by because of that. If they took the time out to let us play parts from the original show it could have too over 10 hours to complete this game. I know it isn't part of my hobbies to compliment and agree with myself but I agree with myself on that. I just wish it was longer so it could have been funner. That game is like some games I never want to end for how amusing it is.

Story: 6
On the story I gave it a 6 because it really wasn't long enough for a good rating. If we had the chance to play through everything that happened in the show it could have made the story better. I also don't like the story cannot completely com to an end. You only get to keep fighting friezas final form over and over again. That is what makes the game lame. Still though I cannot consider it lame because I really enjoy it though but the only thing I can do for now is keep starting new games for it. It would at least make it a little better, and fun to play but I won't delete my main profile though only profile number 2.

Dept: 3
The game really isn't big and it didn't take me any time at all to beat it so that is all there is to this. I liked it and all but it really isn't long or big. At any case it is short and small. The only thing it has that suits its title is that it is short and hard at the same time. That makes it have a whole bunch more sense to it. I did quite enjoy fighting frieza though I just don't want to fight his final form over and over again. I also had fun defeating the ginyu force it was rather interesting and fun.

Difficulty: 7
This game deserves a seven it is worthy of having a seven. This game was really hard. Until varadude630 came. He gave me a code where I wouldn't take in any damage at all, and I just trained to level 24 and took the code off. That training saved my life and I had fun humiliating those monsters who disgraced the nameks. All that training was worth my time though. Also you will really need the attack solar flare to it helps against enemies who gain on you it stops them and it gives you time to get away from them in time to charge the attacks you want to use ;).

Well that is all for this review, and for now on I will include a tip in any of my reviews Just to help you guys out if you ever want to try the game I am reviewing. On this game when you fight enemies that are faster than you should always flyaway from them. It is a quick get away and can fly you far enough to charge a attack to use on your foe. That is all I have to say good luck and I hope you get around to playing this game ;).
Graphics 9   Sound 10   Addictive 6   Depth 3   Story 6   Difficulty 7

The animated cartoon comes to life. Gohan, a powerful young boy, has been kidnapped and it's up to you as his father Goku, to find him and destroy those who wish to harm his son.The game follows an RPG style, with battle elements designed similarly to the style of the cartoon, with fireballs, quick moves and more. As the story progresses, you will learn more about the history of the cartoon, meeting a collection of crazy characters and fighting one-on-one battles over long distances as well as close combat. The ten hour quest will take you to Master Roshi's Island, throughout Earth and beyond. Plus an in-game clock keeps tabs on your time limit to complete the game.

During the intro movie, press the following buttons.

If done right, a sound effect will confirm your entry. Start a new game or continue a saved game, and when an enemy attacks, you will not receive any damage.

Dragon Ball Z - The Legacy of Goku Guides and Walkthroughs

Users who own Dragon Ball Z - The Legacy of Goku

Game Characters in Dragon Ball Z - The Legacy of Goku

Comments for Dragon Ball Z - The Legacy of Goku