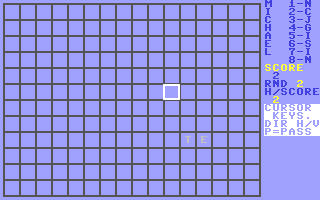 Pokemon Puzzle League Review by: ExiledPariah - 9/10
Pokemon Puzzle League is a Nintendo 64 game released in America in September of 2000 (and it was actually the first Pokemon game ever created to be released in America first). It is similar to Nintendo’s Panel De Pon puzzle games, with a Pokemon Twist. It is a unique game in that it will attract both puzzle game fans and Pokemon fans alike.

There are several different modes of play in Pokemon Puzzle League. The single-player stadium mode has the player being Ash Ketchum using three of his Pokemon (Pikachu, Bulbasaur, and Squirtle) and showing his progression of battles through Kanto in puzzle-game form (the player faces all of the gym leaders and eventually the Elite Four). There is also a two player stadium mode that allows both players to choose anyone that was faced in the single player mode, including Ash, the Kanto gym leaders, and the Elite Four (and they all have their own unique choice of three Pokemon for the player to choose). In Spa Service mode, the player’s Pokemon is stolen by Team Rocket, and the goal is to complete the levels in order to retrieve the stolen Pokemon. The Marathon mode is essentially this game’s version of an Endless level mode, with the only goal being to score as many points as possible without losing. In Time Zone, the goal is to score as many points as possible in a set time limit. Professor Oak’s lab is essentially a tutorial center, showing numerous techniques to help with gameplay. Mimic Mansion is essentially the same thing, but with a much wider set of tutorials and a “Super Easy” mode, which moves the blocks more slowly to help the player learn the gameplay, while the scores from “Super Easy” mode are not recorded.

The goal of the game is essentially to move blocks around to clear the map by matching up sequential lines of atleast 3 of the same block (the blocks signify different Pokemon types, including fire and water). Matching sections of 4 or 5 blocks sends a solid section of blocks to be dropped on your opponents screen, making them have to work harder to try to eliminate it and potentially causing them to lose.

Graphics: 8/10
This game is known for being one of the few games to have VHS-quality graphics in the game, with the only downside being that it causes the game’s frame-rate to occasionally suffer. Altogether, even though most of the graphics shown are only moving blocks, the images are bright and colorful, and are presented nicely.

Gameplay: 9/10
The gameplay in this game is simple: move the blocks to line up the same type of block together, and do it quicker than your opponent. This is done perfectly and it provides just enough challenge to keep the player interested in continuing on. It also provides enough different types of gameplay modes to keep the game interesting.

Sound: 8/10
The sound in this music is based off of the music from the “Pokemon: 2BA Master” CD that was released some time before the game was released (without the lyrics, of course) and plays in the background while the game is played. While the music sounds great, it is still nothing special. Also, the Pokemon sound effects when a good move is made in-game adds a nice touch.

Replayability: 9/10
This game is very replayable: no two games of Pokemon Puzzle League play the same. The ability to play as the gym leaders, members of the Elite Four, and Gary Oak make two player matches a blast in this classic Nintendo 64 game.

Welcome to Pokemon Puzzle League! Being selected to participate in the Official Puzzle League Tournament is one of the greatest honors a Pokemon Trainer can earn. In this brand new type of Pokemon battle, you'll have to use your strongest Pokemon to compete against the very best Trainers in Puzzle League Village. To succeed in Pokemon Puzzle League, your fingers have to be fast and your brain has to work even faster. True Pokemon Puzzle Masters will discover many ways to play the game, but the basic idea is to destroy puzzle pieces by matching up three or more blocks of the same color. The more puzzle pieces you eliminate at the same time, the more points you'll score. If you're battling another Trainer, you can send powerful attacks to their puzzle board by completing big Combos and Skill Chains. If you can't clear your stack of puzzle pieces before they reach the top of the screen, you're doomed. You'll discover many challenges as you travel through Puzzle League Village, from the exciting 3D Puzzle Mode to the brain-bruising exercises at Pokemon Puzzle University. The best way to experience Pokemon Puzzle League is to bring a friend along on your adventure. Heated two-player Pokemon battles are so intense and action-packed that you just might forget to breathe! Are you ready for this new type of Pokemon Battle?

Unlock All Puzzles in Puzzle University

Users who own Pokemon Puzzle League