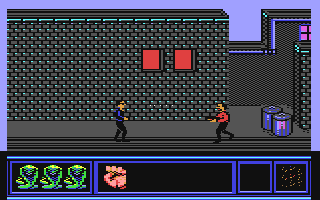 Zero Wing Review by: Sephirothxxxxxx.. - 8.4/10
Uh... All My Review Are Belong To This?
I've been meaning to review this game for a while. Right now I have got nothing but time and a creative mind. With that said, I'm taking the initiative to review Zero Wing. With all meme relations aside, this game is a very solid and very addictive space shooter complete with masterful sound and intense gameplay. The introduction translation may be poorly done, but the gameplay surely isn't! Let's jump right in.

Graphics-8- The game has boasts some very good graphics. It's unfortunate that this game never hit American shores. Americans (including myself) missed out on some very good graphics, among other things. The graphics are detailed and very smooth looking. The game also contains a wide variety of well-drawn enemies of both the organic and robotic sort. Quite honestly, I had some trouble thinking of content to place here. The game just looks really good. It's something that I can't really put into words, to be honest. Not in a "it's so heavenly" kind of way, but more of a "you gotta see it to believe it" way. Anyway, moving on.

Sound-10- The sound is one of the strongest points of this game. The music is very catchy and sounds great even on genesis hardware. It takes advantage of the disadvantage in the sound capabilities that the genesis has. I can recall times where I almost broke out into dance upon hearing the "Natols" theme! In a nutshell, the soundtrack is a work of art. I personally think it's one of the best in the genesis library. The sound effects are also very good. I am very fond of the explosion sounds, to be honest.

Addictiveness-10- This game is VERY addictive! It's a fast-paced game with lots of enemies to kill and power-ups all over the place. The best way to describe the addictiveness of this game is very straightforward; it's just so addictive! There isn't much else to say about it. It's a space shooter, and decent space shooters are always addictive!

Story-1- The story is very basic: A band of space pirates led by "Cats" are threatening the safety of the galaxy and it is up to you to prevent it. It's a very straightforward and typical space shooter story. It's one of those games that are all about the action!

Depth-4- It's basically an arcade game. There are a lot of levels, but once you beat them there isn't anything extra to do. It's not really a problem, though. I can guarantee that the game will keep you busy for a while.

Difficulty-7- This game is very hard. It's a common thing for games like this one to be hard. The levels are jam-packed with enemies to fight and the bosses are difficult. You'll probably have to quit from frustration a few times.

To sum it all up, I honestly thought I would have more to say about this game. It's a very good game, and I highly recommend it. In reality, however, it's just an addictive space shooter. There isn't a whole lot to say, but I feel like I could have said more. I will probably come back to this review over time and touch it up with more content to read. I'll be honest, it bothers me that I couldn't put as much into this review as I have with others, but like I said, it's a space shooter. There just isn't a whole lot to say about games like that! That pretty much wraps it up for this review. Until next time....
Graphics 8   Sound 10   Addictive 10   Depth 4   Story 1   Difficulty 7

Cats, the leader of a band of swashbuckling space pirates, is terrorizing the galaxy. You must pilot the only remaining Milky Way attack craft into combat and stop Cats and his buccaneers!

Users who own Zero Wing