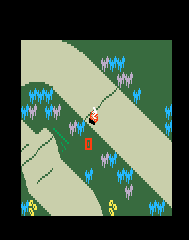 F-ZERO X Review by: gamerforlifefor.. - 9.5/10
F-Zero's finest moment
I've got a question for you, what do you get when you combine a futuristic racing game and a heavy metal soundtrack? Do you give up? If so, the answer is F-Zero X! Years after the success of the 1st F-Zero game on the SNES, Nintendo decided that they'd make a new game for the series in 3d on the Nintendo 64. The game was released in 1998 and it got positive reviews from the critics. But I think the better question is, what do I think about F-Zero X? Well I'll tell you what how I feel about the game by making this review.

Graphics: 7/10 As I said earlier, this was the F-Zero series' transition from 2d to 3d. Graphically it could've been better, however the track designs are very nice though. One example of this is the part in Big Blue where you're racing on a pipeline and you can race on top, on the side, and upside down, which I think is very interesting, but the backgrounds of the races could've been better though. If you look at other racing games at the time such as Mario Kart 64 and Crash Team Racing. The tracks in those games had fantastic looking backgrounds for their time, while F-Zero X falters in this aspect. The graphics in this game could've been better, but regardless, F-Zero X is a good looking racing game for it's time, therefore I'm giving the graphics a 7.

Sound: 10/10 F-Zero X has the best soundtrack I've ever heard in a racing game. There's a lot of heavy metal and hard rock music in the game, which really sets the mood of a racing game that's as intense and fast paced as F-Zero X is. There's nothing quite like listening to Dream Chaser and Endless Challenge to get you pumped up while racing on a high speed race track against a large number of opponents standing in your way of victory. Along with the epic soundtrack, the sound effects are also superb. The vehicles sound the way you'd expect a futuristic hovering vehicle to sound. The unbelievable soundtrack and great sound effects are perfect reasons for me to give the sound category a 10!

Addictiveness: 10/10 As far as futuristic racing games go, there are few games that come close to being as addicting and exciting to play as F-Zero X. One reason I feel this way is because of the large amount of racers that you compete against. There are a total of 30 racers including yourself on the track at the same time, and you must find a way to get past this insane amount of drivers to win. This combined with the ingenious track design make F-Zero X one of the most enjoyable racing games I've ever played. The tracks have everything from  loops to tubes and even ramps which can be used to glide in the air to reach another section of the track. All of these aspects give this game massive replayability. Also there's a very unique game mode called death race which I'll talk about later. All of these aspects make F-Zero X a perfect racing game for any gamer looking for some serious excitement. For these reasons, I'm giving the addictiveness a 10.

Story: N/A Since F-Zero X doesn't have a story, I've decided to leave this category blank.

Depth: 10/10 There are 5 game modes in F-Zero X. The first being GP race: which is where you try to win each race in a cup. There's Jack, Queen, King, and the Joker cup, and the X Cup. Each cup has 6 races to complete (though the X Cup gives you 6 completely random races) and can be played on 4 difficulty modes: Novice, Standard, Expert, and Master. The GP alone will keep you busy for a very long time. Along with GP race, there's Practice: which allows you to race on any track with opponents, Time Attack, which is this game's time trial mode, VS mode: which is this game's multiplayer mode, and then there's death race. In death race, your goal is to annihilate 29 racers as quickly as possible. You have an unlimited amount of laps to work with, so you can either pummel them as quickly as you can, or you can take your time and make sure that you don't do something that will cause you to wreck. Either way, this mode also gives the game even more depth than it already has. In addition to these game modes, there are a total of 24 tracks for you to race on, which only adds to this game's depth. With all of these fantastic tracks and game modes to choose from, you'll be playing F-Zero X for a long time. For that reason, I'm giving the depth a 10.

Difficulty: 9/10 F- Zero is very tough game to master. With all the tracks you need to memorize and all the difficulty modes you need to master, F-Zero X is no walk in the park. You also need to make sure you don't bump the walls very much because the more you bump into walls and other drivers, the more energy you'll drain. If you lose all your energy or fly off the track, your vehicle will crash, and you'll lose the race. F-Zero X takes some serious skill especially when your playing on the game's higher difficulty levels. Because of how tough this game can be, I'm giving the difficulty a 9.

Overall Score: 9.5/10 F-Zero X is one of the best racing games I've ever played. With a fantastic soundtrack that will pump you up for any race, combined with it's incredibly smooth gameplay, it's large amount of races and it's huge amount of depth make F Zero X an epic racing game that all fans of the racing genre should try out, even though the graphics could've been better. Overall I give F Zero X a 9.5. If it weren't for the less than stellar graphics, I would've given the game a perfect score.
Graphics 7   Sound 10   Addictive 10   Depth 10   Difficulty 9

Famed SNES racer F-Zero got this N64 update. Gameplay remains essentially unchanged, race in a futuristic racing tournament on tracks levitated miles up in the air, against a selection of devious opponents.

Where the original had 4 cars to choose from and race against, F-Zero X has no fewer than 30 vehicles all with their own unique strengths and weaknesses, a choice of colours, and customisable power/acceleration ratios for each track. At the beginning you are limited to choosing from 6 cars and 3 tournaments (each featuring 6 tracks each), but in true Nintendo fashion, more cars and tracks are unlocked as you progress through the game. As well as the cups, you can also race in time trial mode, against a 'ghost car' recording of your best previous lap, a lÃ¡ Mario Kart 64.

Gone are the entirely flat tracks of the original, having been replaced with tracks that twist, turn, loop, rotate and basically contort into the most crazy shapes you could imagine. One unique feature amongst almost all other racing games is the "X" tournament, where courses are totally randomly generated each time you start.

One of the most important changes to the format is the inclusion of multiplayer support for up to 4 players. The various combat moves are especially important against aggressive human play.

This game has a rock soundtrack, which I believe is the first game soundtrack ever to feature the bestial grunting found only in death metal music.

Unlock All Tracks, Vehicles and Difficulties

At the title screen, press start to get the mode select, and enter:

You should here a sound, not choose GP Race and a new difficulty will open up.

On the select course screen, a new set of random tracks called the X Cup are opened, and on the select machine scree, you now have access to every vehicle in the game.

Users who own F-ZERO X