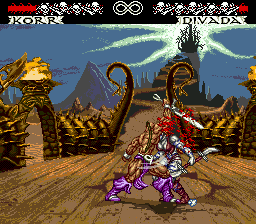 Golden Axe Review by: Zircron Swift - 8.7/10
Golden Axe Review
Among the games of the Sega Mega Drive.....Genesis X32.....Mega Drive, a classic was released around the time that the Genesis.....Drive.....X32....ok this is getting annoying. They made the Genesis games compatible with the Mega Drive and all resources tell me they were for both. Does this mean the X32 does the same, with remakes and ports for that? No wonder there were so many variations of Street Fighter II! I'm surprised they didn't make ports and remakes and different editions on all future Sega consoles for the first Street Fighter game. Keeping track of these console games is confusing for a Nintendo nut like me! *breathes deeply* Anyway, a legend came out on that day. I wouldn't call it a legend, nor much of a classic, but I will say it was a classic among the Sega consoles. It was a hack and slash game that loosely copied the main character from "He-Man" and made several enemies and simple took half of them and took half their clothes off....well it seems that way, stop giving me that look. Well, get your sword and stock up on blue pots and we'll see what this game is.

The story is that Death Adder is taking over the world. His power is not to be trifled with. All that stand before him will die. That kind of thing. And now he has the Golden Axe, which.....makes him God? They don't explain what the Golden Axe is, they just mention it, as if it were no big deal, even though it's the title of the game. So now only the most bold, most fearsome, most skilled and viscous warriors can defeat him. What are these warriors that might bring the world at peace? A man in speedos, a woman following suit in the man and a dwarf. They all have something in common....no, not that, despite my jokes earlier on, I'm talking about their close and loved ones being killed my Death Adder himself. They all want revenge. They must fight through eight side-scrolling areas to get to the castle and vanquish Death Adder. Before you start, you have an option to change how much life you have. That's nice. Good to add that if you want some challenge or something a little easier. Not like there are difficulty settings in other games, but it's a nice touch.

The first thing I think about when I first played this was Streets of Rage. From the first second I instantly remember the repetitiveness and poor weapons system of Streets of Rage. However, after I kill a few enemies, it is far from the same game. For starters, each character has their own unique special attacks. The more blue pots you have, the stronger the special attack is. These blue pots can be obtained from little guys known as elves....of course they had to be elves. Another thing that sets this aside from Streets of Rage is the fact that you don't drop your weapon when you get hit. If that happened in this game, it would be far worse than Dr. Jekyll and Mr. Hyde for the NES *audience booing* ok ok, I clearly went to far. Worse than Friday the 13th for NES then. Just comparing the niece of that game to this one. Dropping weapons when hit = bad. But there are far better features here than on Streets of Rage. You can charge, and then attack to have a charged attack, or you could jump instead, to jump twice as high. You can also attack when coming down as another attack.

You can grab, but I can't quite figure out how. Sometimes it works, sometimes it doesn't. You can either continue attacking them, or just throw them. One thing I like about the attacks is that if you get a combo high enough (easily gotten if you just mash the attack button in front of an enemy), your character hits them on top of the head with the hilt of the sword as part of the combo. How great is that? I just love that attention to detail. Some enemies ride dragon-like things that can be a pain if you don't deal with them fast, but after defeating them you can mount the dragon and go on a rampage =D If you get hit, you fall off, but that's ok, because you might normally fall off if you got hit on top of a great big beast. It's just I don't think a highly skilled police offer-sir would drop a badly needed weapon when he gets hit. Some dragons swing their tail, some breathe fire, and some breathe fire balls. Great for range.

The levels are fairly short, but normally gets balanced out by the boss battle. Seems really easy at first, but at stage three, you will be struggling to keep alive. At the end of stage three, you meet Death Adder Jr. This guy is quite unfair to fight with. His sword is bigger and longer, so when I try to get close, he would slash me. If I dash, he'll somehow slash at me and I'll be hit. If I jump, he'll somehow slash at me and I'll be hit. There's almost no way to get to this guy, which reminds me. The difficulty is high. It's one of those "swarm by enemies" kind of difficulty, but at the same time, you need a good strategy in order to progress to the last stage. It's got a good combination of button mashing and quick thinking that makes this game what it is. I can't get passes stage four, but that really shows it's worth.

Overall, I give this game a 8.7/10   This game is better than Streets of Rage in my opinion. It had better game play, better controls, better graphics (at least the enemies in this game make sense), a more appealing story, but I am a fantasy sort of guy. Not to say that Streets of Rage was bad, but they could learn a lot from this game. Why some of the main characters hardly have clothes on is beyond me. I think it's to show how bold they really are. Think about it, you have hardly any clothes on.....ok, lets not think about it! Lets just....think hypothetically. You have hardly any clothing on, your fighting many foes, you have nothing protecting you from attacks, so the only way to survive if to not only kill all your foes, but make yourself untouchable. The fact that these guys can kill many fearsome foes with as little as a scratch in their underwear should make any evil mastermind quiver in their boots, even with a Golden Axe. I though gold was a bad choice of metal to make a weapon out of, as it's generally softer than most metals. But I digress, this game is a classic among the Sega Mega Drive.....er Genesis 64.....You know what I mean!
Graphics 7   Sound 8   Addictive 7   Depth 8   Story 7   Difficulty 10

In Turtle Village the children are fleeing for their lives! The invaders are brutal, ugly, and 12 feet tall, with huge arms and bellowing laughs. They love pounding you into the dirt! It's a spellbinding age of magic, fire-spewing dragons, and skeletons in armor! Fight on the back of a giant turtle! Battle on the wings of an enchanted eagle! Vanquish and ride flame-breathing monsters to victory! As the Warrior, swing a mighty sword and shatter your enemies with clouds of mushroom magic. As the Amazon, kick, smash, and blast your enemies with curtains of fire. As the Dwarf, strike with the Golden Axe, somersault, and scorch the invaders with lightning! Find the prison of the King and Princess, save them, and return peace to the world. So far, the score is Death Adder - thousands; You - zero. It's time to change the score!

9 continues
Hold Down Left + A + C. Release and press start.

Level select:
Select arcade mode. Hold Down/Left + B and press Start at the character selection screen. A number that corresponds to the starting level will appear in the upper left corner of the screen. Use the D-pad to change it to the level you want.

Users who own Golden Axe