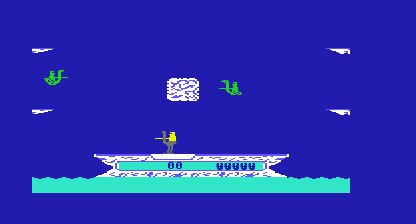 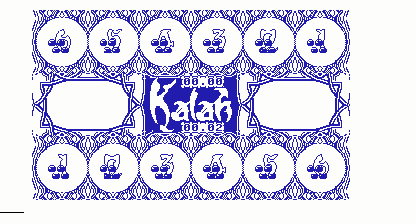 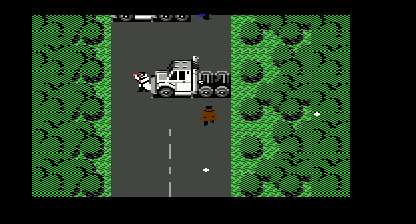 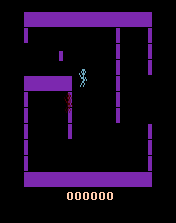 Advance Wars 2 - Black Hole Rising Review by: Redrunelord - 8/10
Advance Wars 2 - Black Hole Rising
Let there be no doubt that the military, in all countries, got difficulties associated with the various rankings. During a time of conflict, it is expected for the masses to serve their nations by both the high brass and the people of the nation. Without getting into the actual political aspects, the average soldier has to do a lot of the grunt work while the officers handles the logistical and strategic aspects. It is intriguing how games tend to focus on one of two aspects of command: either the gamer plays as a grunt soldier initially then grows into a commando, or the player plays a high ranking official who steadily takes on more dangerous and/or complicated missions. These two ways of playing a character in a war environment are entirely different as one deals with strategically analyzing a situation in a matter of the big picture, and the other is hands on work in trying to make said picture be drawn. Advance Wars 2 focuses on the commander.

Advance Wars 2, for all purposes intended, is a turn based strategy game developed by Intelligent Systems as a sequel to Advance Wars. This game requires the player to build an army from certain buildings on a grid and advance them towards the opposing player or AI to either capture a critical building, destroy all of their units/capacity for war or reach a critical objective while preserving their own main base. The player would have to take advantage of a number of unit types, and utilize the environments and terrain to their advantage to ensure victory. It is relatively unaltered from the original title in this series, with only additional content and one or two extra game play mechanics. Resultingly, someone who is a fan of the original game will likely enjoy this sequel, but what of the average strategy game fan?

For a game like this, it is essential to be able to distinguish the various images in order to play accordingly. In games like horizontal space shooters, it isn't necessarily required to have 100% distinguishable enemies (though it is an excellent benefit) as the objective is the same: rapidly press/hold down the button to shoot and destroy them. However, it is essential to distinguish each enemy here as there are different classes of units and it is important to tell them apart to properly plan. Fortunately, not only are they quite distinguishable, but are extremely colorful, high contrast images. That is the two distinct features with advance war game's visuals: bright and competent. The game is shot from an over the board perspective, showing the playing field much like a board game from the 80's with what is basically a large grid with units/locations on it. The various different areas in itself is The units all got appropriate images, but the AI's infantry can be confusing whether or not it is a foot soldier of mechanical units (this game's equivalent of panzer force infantry) can be unclear at times. Within the battle animations, each team got very distinctive looking units; for example, "yellow's army" looks much like the Japanese army and navy of WW1 and WW2 which helps diversify the game a bit and prevent the eyes from falling asleep, so to speak. Animation itself is very limited (only a very brief one for units moving across the playing grid and a short one for battles that is looped) and it isn't fantastic by any means. Fortunately the battle sequences can be skipped through an option in the menu and it isn't horrible or distracting from the main game.

The soundtrack is relatively diverse for a Game Boy Advance game, but it still has a predominant tone. Songs ranges from cool relaxed music straight from the film "Deliverance" to something that could fit out of a star wars battle sequence. The audio itself is very high caliber and the only matter of it is whether or not one likes it on a subjective level. Same is true for the sound effects, while the text scrolling one can grow agitating. All in all, the sound is strong but purely subjective.

The game itself is divided into the campaign mode with the campaign mode, and several modes allowing for the player to battle against the computer or against a friend. These are all standard skirmish modes and not much worth noting...but one nice feature this game would have is the map editor. It is relatively simple to use and faster through the PC controls, and can help add a lot of additional content to the game.

The story is meant to be ridiculous and over the top; that is a staple of the series. This is almost unprecedented for strategy games like this as up until this series, the vast majority of games are serious to the point that newcomers will scoff at them for being silly. The story is basically about the black hole army and how they are trying to take over the various zones with each zone having their own cast of characters. It only takes itself seriously enough to advance the story but little beyond that. This is its advantages and disadvantages, depending on the player's taste. On it's own, the story is admittedly dry if not for the humor and it do compliment the overall brighter images or tones. This humor helped avoid the necessity of a large script and replaces with a shorter, abridged story which will take a back seat to the game play.

The core attraction is in the actual game play mechanics. The grid style game play works well for the most part, but is slowed down by the fact the player has to wait for the AI to perform all of their moves (and it is no exaggeration when one says that the player could go get a drink while waiting for the AI's turn). That is the sacrifice with these games: they are very slow and methodological. That isn't a bad thing by any means, but some players will be deterred by this. However, for players who wants a slower paced game, then the game play will certainly cater to that. This game is fairly balanced in its unit strengths/weaknesses and the player has to consider every single move they makes carefully. For instance, it would be tantamount to suicide to infantry right at artillery if a number of scouts are nearby. One extra pleasant for this game is that the commander being used will give very distinct advantages or disadvantages. For example one commander (Grit) has more powerful artillery but that comes at the sacrifice of having weaker standard fighting units. As well, there was an addition where each commander got two special powers that enhances their units to an extent in some way, or provide other bonuses that could tip the scales of the game, which is an admittedly nice addition to the second game.

The difficulty is well worth noting: like other games in the series, the AI are designed to such a degree they can be little short of "cheap" in later stages. The AI is programmed to react to every single move possibility making classic strategies that work in other games quite possibly futile (for instance, it is a lot harder to play off of unit weaknesses or simply flank them). Day by day guides may even be necessary for many players on their first time through unless they literally memorize the AI inside and out. The AI isn't too difficult earlier in the game but still a sufficient challenge for people looking for one. The higher calibre AI definitely adds a significant replay value to people already addicted to said game, but this comes at a terrible price: it is difficult to pick up and play initially unless the player is a tactician rivaling General Rommel. This is one of those few games that should be given out at officer academies for lower level command training.

Hyperbole aside, is this a good game? Yes, it is an outstanding strategy game. It has its flaws, but overall it is a recommended game strategy game for long term engagements. Be aware that this game is not necessarily recommended to people whose patience levels are in the lower quartile or people who despises brighter, almost "kiddy" games. Otherwise...recommended for long-term engagements of amusement for upcoming tacticians or people wanting to spend hours of fruition gaming
Graphics 9   Sound 8   Addictive 4   Depth 8   Story 6   Difficulty 10

The turn based strategy war continues. Choose your army and take to the streets to reclaim the world.Troops, tanks, air and sea units are all available, at a cost. After each mission, you use your points earned to purchase new units and Commanding Officers, that add an additional level of power and experience for your army (whether it be greater strength, faster response times or stronger attack ability).You can also create your own maps for Skirmish mode, and take on up to 4 players in a battle royal.

Like in the first Advance Wars, you can erase your save data by holding L+Right+Select before turning the game on.
L+Right+Select Erase Data