Play SpongeBob online with Atari 2600 browser emulation for free! SpongeBob (A2600) game rom is loaded with features in our flash, java and rgr plugin emulators. Nothing to configure, we've done it for you!
Play Retro Games
Game Browser
Netplay Lobby
Play Your Games
Xbox One Emulator 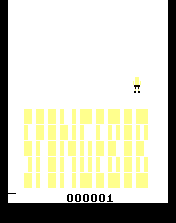 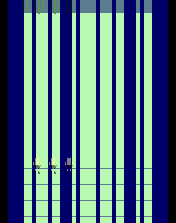 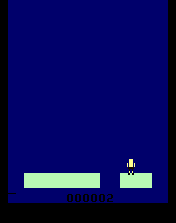 SpongeBob Review by: starwars293 - 0.6/10
Spongebob Review
Starwars293 here with another game review. Oh god, this is one of the worst games on the Atari 2600. I am reviewing Spongebob. Trust me, it has nothing to do with Spongebob and here is why.

There is no sound in this game. I mean, really?! Why didn't the makers put in sound?! Without sound, the game is usually boring and it starts to suck. In almost every game, there is sound. This one? No sound at all.

Graphics-The graphics are bad. When you jump with Spongebob, he doesn't do a jump animation. In some Atari games, there are jump animations. In this game, there isn't one.

Sound-No sound in this game. It sucks. Trust me, this game has no sound. The game isn't perfect without sound.

Addictivness-I really would never play this game again! Never in my whole life I will.

Difficulty-This is a really easy game. It's one of the most easiest games I have ever played in my whole life. I want a game that's hard and that gives you a challenge. This game doesn't offer any of that.

Overall-This is a really bad game that I will never play again.

Wrap Things Up-Spongebob is a really horrible game. I have to say it's the worse game ever. I would not recommend that you play it because you just jump back and forth the whole time. Do not play it if I were you.

Users who own SpongeBob