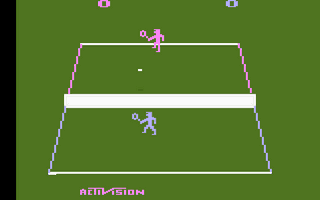 Mario Power Tennis Review by: legacyme3 - 7.2/10
Power Tour... more like a Power Trip (as in fall... get it?)
Here's another Leggy Review, and this is for Mario Tennis- Power Tour for GBA

Graphics:
I don't have much to say, it's nothing amazing, but nothing overly terrible. Just meh.

Sound:
I personally saw the sound as awful. I muted it and played my own soundtrack on the PS3.

Addictiveness:
I will never pick this game up again. It's a sequel to Mario Tennis on the GBC, and it's nothing interesting enough to make me want to play again.

Story:
The best part of this game was it's story, I'm not going to reveal anything, other than the fact it makes a pretty nice cross over from the previous game in the series, and it had a couple references to it.

Depth:
Not many things you can do but a couple minigames and beating every player in the game. Kinda repetitive.

Difficulty:
The game was so easy I basically beat it in one sitting. And I did it with the keyboard, something that I'm still not comfortable with. I never lost one tennis match. Ever. Too easy. Next.

Overall-
My scoring may be harsh on those catagories, but I still think it's an ok game. Nothing to shell out money for, but ok to rent for a weekend. I think if you played it on the GBC then you should play this to finish the story. Otherwise, you really don't need to play this unless you want to say you beat an easy game.
Graphics 7   Sound 6   Addictive 3   Depth 6   Story 8   Difficulty 2

Users who own Mario Power Tennis