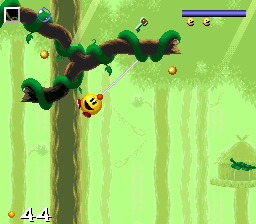 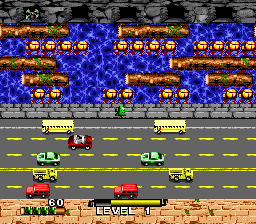 Super Mario All-Stars + Super Mario World Review by: IgorBird122 - 9.5/10
4-in-1 + 1, that's 5 games in 1
I like the All-Stars games of Super Mario, who would of thought, 4 of the best Mario games in one, and for this game, you got Super Mario World added in as well, that's just like icing on an extremely tasty cake.
----
The Graphics:
For the graphics of this game, it's pretty much an extremely great update from the NES versions on Super Mario Bros. 1, Lost Levels, 2, & 3. With the updated graphics, the game really gives a lot to the player, by adding a background in the level, it givesit really fits in the level that the player is playing. That's pretty much the thing you have when you go from an 8-bit game to a 16-bit game.

In Super Mario Bros. 1/Lost Levels, I have to say, the graphics on that game really changed form the classic NES version, The ? blocks are more smoother than the NES version, and you can easily tell the difference between the super mushroom, poison mushroom and the 1-up mushroom.

In Super Mario Bros. 2, Just like SMB1/Lost Levels, this one changed a lot, you can really see the background now unlike you can with the NES version,

In Super Mario Bros. 3, a lot has changed between the NES version and the SNES version, like I said with SMB1/Lost Levels and SMB 2, with the creators adding a background to the levels, it really stands out with the world you're playing in, and they really put a lot more shading onto the set and obstacles for the game than the NES version.

In Super Mario World, well, not a whole lot changed from the individual game, just only Luigi looks more like Luigi, instead of a "Green Mario".
----
The Addictiveness:
Yeah, I can surely say, I would like to play this game over and over again even if I complete all the games at 100%, I'll start a new File and just start playing each of the games again.
----
The Story:
The story of the 5 games is pretty much the same as the NES version (individual game for SMW on SNES), in SMB 1, Lost levels, 3, and World, it's the typical story of Mario rescuing the princess from Bowser, and in SMB 2, you go and defeat Wart to restore Subcon.
----
The Depth:
The Depth of this game is extremely high (why I gave it a 10) mostly because with the amount of games you can choose from and even each of the individual games all have a lot of depth into them, which I can certainly say that Super Mario All-starts plus Super Mario World has so much depth to it, I wish I could of given this game an 11 since this game has a lot to offer.
----
The Difficulty:
I have to say, for all 5 games, they haven't really changed from the NES version (individual game for SMW on SNES), all the games are challenging and that is what I like in a game, I like a game with challenge, but not too much and SM All-Star + SMW give that amount of challenge for the player to experience with.
----
Overall:
With everything in total for this game, I would give this game a 9.5 mostly because it is a very great game to play, not gust the gameplay like on the NES version of 1, Lost Levels, 2, & 3, but also the things I mentioned above with the Graphics, Sound/Music, Addictiveness, Story, Depth, and Difficulty, which made this game to be ranked very high, well, to my point of view.
Graphics 9   Sound 9   Addictive 10   Depth 10   Story 9   Difficulty 8