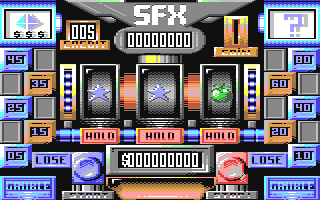 Sonic Adventure 2 Review by: Zircron Swift - 9.7/10
Sonic Adventure 2 Review
Now this is a sonic game. This is a 3D sonic game that I will always praise. Sonic Adventure 2 was originally for the Dreamcast to follow up Sonic Adventures, and then it was given a remake for the Gamecube, called Sonic Adventure 2: Battle. This included new features including a Chao market, different characters in the Kart racing should certain conditions be met and (of course), GBA transfer mini-games. But that isn’t what I’m on about (well, yeah, I am   :s). I’m on about the original game. This is so much better than the first one. They perfected it. The sonic levels were more fun, there wasn’t any fishing, the robot-mech levels were made better than ever before, no fishing, it was faster paced, no fishing…..did I say there wasn’t any fishing? Well, I love this game, and I’m going to tell you why.

The game starts off with Sonic in a G.U.N helicopter, apparently arrested, and he breaks away with a piece of metal as he falls out of the flying vessel. Then you start playing. Yeah, not much structure on the story to begin with, but it will get better if you go along with it. You are greeted with a nice catchy piece of music with vocals known as “Escaper from the City”, which is a nice touch for a first level. You board down the hills of a city to escape from the pursuing G.U.N forces. This is what separates the first game from the second game. This level is very interactive and fun to play. There are also things you can’t do yet, which require power-ups you can find in the actual levels further on. The enemy placement and the accuracy of the spin attack make attacking the enemy fun, as well as a fast pace game play that makes the game flow so much better. Sonic Adventures just had this “get from point A to B” feel, with not much fun in killing the enemies or using the spin attack, just running and running. They were relativity boring compared to this game. They just did it….well, right with this game. Running through the stages was a lot of fun, killing enemies was awesome, and jumping flowed better than expected. It’s like they learnt from their mistakes and amended them in this second game. It’s quite rare a company does this, and does it effectively, for that matter.

After this level, you fight a boss, who is a little more challenging that Chaos 0 from Sonic Adventures, and it calls you the enemy. Why? Well, when you defeat, a black hedgehog appears with a Chaos Emerald, called Shadow. You call him a fake, while he calls you the real fake, and Shadow claims to be stronger and faster than sonic, becoming instant rivals. Shadow is like the alter ego of Sonic, making him generally awesome. I love this kind of banter between two rivals. The…..wait, they mistaken Sonic for Shadow? How can you mistaken blue for red and black? Are these elite G.U.N soldiers colour blind or something? Are you honestly they made a mistake over two very opposite colours? *sigh* Moving on…

Around this time, you get to choose between two sides of the story, Hero and Dark. Hero includes the side of the story with Sonic (running levels); Tails (E-102 Gamma style levels) and Knuckles (treasure hunting levels). These seemed to have been more or less perfected since the first game. The Tails levels are about as fun as the E-102 Gamma stages in Sonic Adventures, only with the added feature of finding power-ups and they are longer (balancing the speed and length so they aren’t as short lived). The treasure hunting stages are also better than they were before….overall, at least. The levels seem more structured and the hints given are quite good. Sure, it might take an age top find them, but when I complete that level, I can’t complain. The only big fault I can find in this level style is the music. It’s got that R&B/Rap style to it that I really hate, so I almost die of irritation when I play though that level style. Sure, it matches the character perfectly, but I still hate it. The Dark story line has the same level styles, same controls, but different characters: Shadow for the running stages, Rouge the Bat for the treasure hunting stages, and Eggman for the E-102 Gamma stages. It’s rather satisfying to play as Eggman, as his style is more reckless and destructive than Tails not that it is his nature or anything, but playing as Eggman changes my perspective and feels a little differently.

At the end of every stage, the rings are counted up and added to your Chao Bank, and you are given a ranking. If you did really well, you’ll get an A-Rank. Another way to get an A-Rank is to collect all the rings in that level, despite how many enemies you have killed or time taken. Every level has five missions, you need to beat the first mission to get the second, and beat that for the third ect. These give you different objectives, which are the same every mission, every character. You have to finish with a certain amount of rings, find a Chao, finish within a certain time limit, and then beat the level on hard mode. You also get an Emerald (same deal as in Sonic Adventures) if you haven’t completed that mission, and sometimes you have to met certain conditions. If you collect all 180 (or was it 200?) Emeralds in the game, you’ll get a nice surprise. This is no easy task. You need to get all the A-Ranks in every level in every mission for every character, as well as raise some Chao and make then win the races. Should you do this, give yourself a pat on the back, as this requires a degree of patients and skill. *pats self on back* Although the overall difficulty isn’t that hard, collecting all the Emeralds sure is!

The story is amazing. It’s not so much the story, but how the characters alter egos interact with each other. It’s always funny to see Rough flirt with Knuckles and how Sonic and Shadow have that rivalry where Shadow wants to prove he’s the strongest, with Sonic and that carefree attitude (yeah, I know I called him obnoxious, but there’s a fine line between being obnoxious and being carefree) makes the end result enjoyable to watch. Shadow has a surprisingly good back story, until it was pretty much destroyed in Shadow the Hedgehog, but for now, let’s just imagine for a moment that that game doesn’t exist.

The graphics are pretty amazing. I think they did a good job. They are noticeably better than the first game. However, I like how I can see the curve in the sky where the clouds are, and the background art looks a little flat when you look at it too long. These are the sorts of things you’ll notice when getting all the Emeralds.

The music is awesome. Each character has their own theme, and you can even listen to them in the sound options. The music, again, just is better than in Sonic Adventures. My favourite song of this game has to come from Live and Learn from the final battle, and I consider it to be Crush 40’s crowning achievement. I also love Eggman’s theme and Shadows theme. The level music is very nice, and you could tell they put effort into making these pieces of music. The best part is it doesn’t get old….well, most of it I suppose. I don’t think I could forgive the Knuckles stages….

The game has a lot to offer, especially in the Chao Garden. It’s like a whole new game in there. Like the Chocobo breeding in Final Fantasy VII, only more in depth. When you defeat an enemy, you get a power rod, which you can give to your Chao to level up certain stats. Hidden in the stage are animals you can give to your Chao to also level up stats, but also give them features of that animal. You can then race your Chao to win races and prizes. These are used by the Chao randomly. It was very rare to see the TV being turned on. Depending on what character you use (Hero or Dark), your Chao might evolve into a Hero Chao or a Dark Chao, both giving an extra Garden to breed Chao in (kinda like a Chao Heaven and Hell). But you can take this further. If you reincarnate your Chao (which is something they do on their own after extensive lengths of time), you can give it a different life. Make it the same type, however, and reincarnate it three times in total, and give it one of every animal and then let it evolve, you’ll get a Chaos Chao for the neutral, and Angel Chao for the heros, and a Devil Chao for the dark. This requires an advanced degree of patients to pull off.

Now comes to my favourite part of this game, the multiplayer! This offers a 2-player mode allowing you to play as all the characters in the game, and some from the last one as well. You can play some racing stages, rushing though the city or grinding down through a pyramid as either Sonic, Shadow or even Metal Sonic, surprisingly. Or you could fight to the death in the E-102 Gamma style arena as Eggman, Tails, or some Chao walkers (they’re so cute! =3), and you can even see who is the quickest treasure hunter as Knuckles, Rouge……Chaos 0 and Tikal? That is awesome! Never thought you could play as those characters without cheats. Each character has a special ability which you can use if you collect enough rings to turn the tables of the match. If you collect all the A-Ranks for that character, you can switch costumes, which is kinda cool, as Tails and Eggman’s different costumes offer different abilities when you collect rings. That’s a nice touch…..wait, is that….? No! Big? What is Big doing here as a playable character? What were they thinking? Did they honestly think “Since the fishing went so terribly in that first sonic adventures game, lets add him in as a playable character in the next one!” True, he’s only in multi-player, but still…..why? Ok, so they nearly perfected this game. -_-

Overall, I give this game a 9.7/10     This is by far the best 3D Sonic game I have played. It is one I won’t stop praising. If you are even the slightest Sonic fan, then you simply must play this game immediately. Go on, buy a copy off ebay, you won’t regret it. Hard core Sonic fans won’t be disappointed at this amazingly crafted piece of joy. It offers a lot of replay value, and is just so much fun to play.
Graphics 10   Sound 10   Addictive 9   Depth 10   Story 9   Difficulty 7

Sonic has returned! This time, his nemesis Dr. Eggman has teamed up with Shadow, a dark hedgehog with a mysterious past, and is aiming once again (like he doesn't) to rule the entire world with the power of the Chaos Emeralds! It's up to Sonic and his friends to stop Eggman and put him out of business for good!With new features such as a story line told from the view of both the good guys and the villains, greater speed, and an improved A-Life system, Sonic Adventure 2 is poised to be Sonic's greatest and most dangerous mission yet!

Users who own Sonic Adventure 2