Play Mouse Trap online with Atari 2600 browser emulation for free! Mouse Trap (A2600) game rom is loaded with features in our flash, java and rgr plugin emulators. Nothing to configure, we've done it for you!
Game's Hacks
Play Retro Games
Game Browser
Netplay Lobby
Play Your Games
Xbox One Emulator 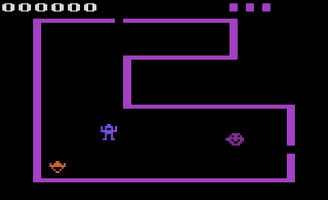 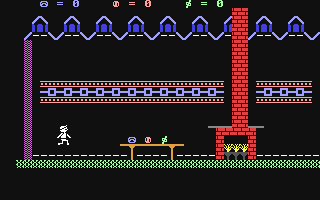 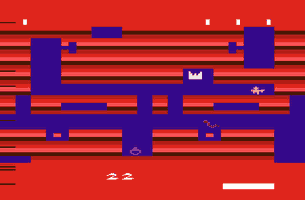 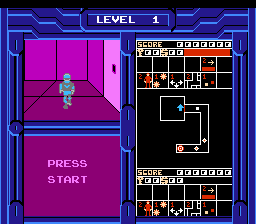 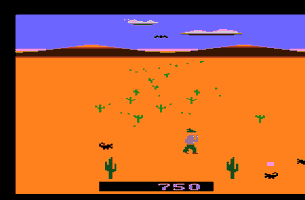 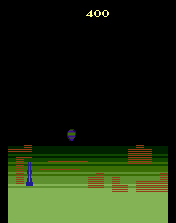 Mouse Trap Review by: GenesisJunkie - 8/10
Mouse Trap Atari 2600
(Overall) Mouse Trap was originally an arcade game released in 1981. It was ported to the three most popular consoles of the time, the Atari 2600, ColecoVision, and Intellivision but we are only going to talk about the Atari 2600 version. Ok go take a look at this game and you tell me what game comes to mind, I will wait. Did you look? I beat you can guess that this is a Pac-Man clone. With Pac-Man's huge popularity quite a few other companies wanted to make a game like it and get a little bit of the money that was being pumped into the Pac-Man arcade and spend on the carts for home consoles. Out of all the Pac-Man clones I have played this is the best one, and I have played a lot of Pac-Man clones! Let me tell you how the game differs from Pac-Man. You are a mouse and instead of ghosts you will have to avoid some pretty nasty cats. In mouse Trap your "Power Pellet" or power up is a dog bone which is in all four corners of the maze. You can activate the dog bone power up by hitting the fire button, when you do so you are transformed into a bull dog head. When you are the dog you can eat cats. You can also shift around the layout of the maze by getting up against the off color parts of the wall. You will need to do this to block off cats or get to pellets that are blocked . You get one point for every pellet, ten points for every cat, and one hundred points for every stage cleared. The way this game looks really reminds me of the cartoon TV show Tom and Jerry. Lets move on to graphics!

(Graphics) This is a pretty good port. The graphics are not as good as the original arcade but its Atari so you can't really expect them to be. The graphics are slightly better then some games for the console but not the best I have seen.Everything but the dog bones look like what they represent. I had no clue what the dog bones were intill I looked it up. They look more like a big X but having strange looking items is what Atari is all about! There is a little bit of a lack of color but it really doesn't take away from being able to enjoy the game.

(Sound) When the game first comes on you get a nice little opening sound track! Not to many Atari games have music so having that few seconds of music is a big thing. The in game sounds are nice. It really sounds a lot like the game it is emulating. The sound is one of the best things about Mouse Trap.

(Addictiveness) This game is fun but the addictiveness is not as high as I would like it to be. The main reason for this is the lack of chance. I will go into more detail on that when we get to depth. It is a fun little game but I would like to see a little bit of change!

(Story) There is really no story. Most games from this time don't have a story so its not a big deal.You are just a mouse that want the pellets.

(Depth) There is one maze. Yea that's right, one maze! Each level is the same. Being able to change around the layout of the maze is the only reason this game didn't get a 1 for depth.

(Difficulty) Your enemies just walk back and forth. Unlike in Pac-Man where they have a pattern and some fallow you in Mouse Trap there is no pattern, just back and forth. Your maze is pretty small though so even though the enemies seem to be morons it is still a challenge. As the levels progress the cats get faster. I think Mouse Trap is a lot easier then Pac-Man but its no cake walk.

(End) This is a neat little clone and very much worth playing. If you are a fan of Pac-Man you will love Mouse Trap.
Graphics 6   Sound 9   Addictive 7   Depth 5   Difficulty 7

Users who own Mouse Trap