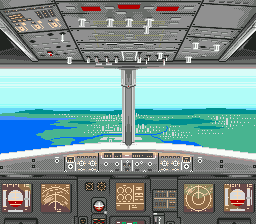 Although this initially started as a humble character swap, it has since gone on to radically change how Sonic 2 is played. The game has been renovated to play like a Megaman game, with a level selection menu, unlockable armor, powerups and weapons, and less fragile bosses! Each zone has a unique weapon, which can be charged up to an even stronger version if you get the buster upgrade!

​​​​​​​Just like in the original Megaman X, you start with just the X Buster and get stronger by traveling between 8 levels and taking the weapons of the bosses! Once you've beaten them all, you can face the trials of the last 3 zones!

Controls
A: Swap weapon (does nothing until you unlock at least 1)
B: Shoot weapon (hold to charge up X buster, or other weapons with Buster upgrade)
C: Jump

You can walljump by holding left or right against a wall, then pressing C.
You can dash once you get the legs upgrade by double tapping the left or right button.

Upgrades
​​​​​​​Just like in Megaman X, there are upgrades littered throughout the zones!
Health Upgrade: Each zone has a red health upgrade, which increases your maximum health! If you collect them all, you'll have twice as much health as normal! They look like red, spinning robotic hearts.
Armor Upgrades: Each appears as a hologram over a small pedestal. Collecting them gives you the armor. The buster upgrade lets you charge collected weapons, the legs upgrade lets you dash, and the chestplate upgrade decreases all damage taken by half!

Weapons
Emerald Hill : A drill that can pierce through enemies and terrain. Can hit several times if the target moves alongside the drill. Charged shot makes a larger drill that can deflect projectiles.
Chemical Plant: Fires a blob of chemicals that releases a spray behind it after hitting something. Charged shot fires multiple small chemical shots all at once.
Aquatic Ruin: Fires an arrow that can stick to walls. Does quite a bit of damage, and can be used as a platform. Charged shot fires a giant hammer that does more damage.
Casino Night: Creates a sticky bomb that clings to a surface, then explodes on contact or after a few seconds. Charged shot fires a bouncer that bounces off of terrain and explodes on contact with a strong enemy.
Hill Top: Shoots a fire ball that ignites enemies it hits, which does damage over time before fading away. Charged shot releases a run away fire ball that spawns more fireballs on hit, which can then spawn more if they keep hitting enemies...
Mystic Cave: Shoots a pebble that breaks into three pieces on hit. The initial pebble and the two side pebbles do little damage, but the stalagmite that comes out the middle can do a lot of damage. Charged shot breaks into three stalagmites.
Oil Ocean: Shoots a laser that leaves fire trails after hitting. Charged shot fires a hook that can do more damage which curves downwards.
Metropolis: Creates orbs that surround you and deflect projectiles. The orbs do damage on hitting an enemy, and can be stacked together for use as shielding. Charged shot launches all orbs away, making them do more damage, and gives you a shield.

Known Issues
It is possible to clip through floors and ceilings if you run into them with a certain range of speeds. I've been unable to track down why. You can avoid it by not walljumping into ceilings or not jumping into sharp corners.

Users who own Mega Man X in Sonic 2