Play Galaga '88 online with Arcade browser emulation for free! Galaga '88 (MAME) game rom is loaded with features in our flash, java and rgr plugin emulators. Nothing to configure, we've done it for you!
Play Retro Games
Game Browser
Netplay Lobby
Play Your Games
Xbox One Emulator 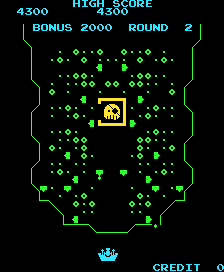 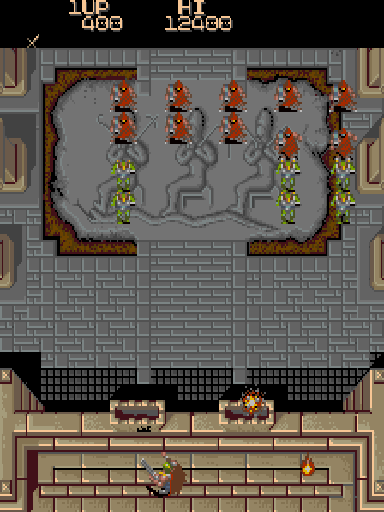 Galaga '88 Review by: SacredShadow - 9.1/10
Galaga '88 review
Okay, today I will be reviewing Galaga '88, a classic arcade game, this is the third sequel of the game, and it has improved graphically in many ways, from graphics, sound and the complexity of the game itself, so then, lets get on to the review!

Graphics: 8
I will say that the graphics of this game are a step up from the previous games, the sprites look better and more realistic, the backgrounds are more detailed and there are just a lot of improvements in this game from previous games like galaxian and the original galaga. The sprites of the ship and the alien ships as well, all look very clear, nice and detailed. They are really good for the time that this game came out, so I scored them an 8 out of 10 for graphics, because they are nice and clear and are significantly improved from previous games in the series.

Sound: 7
Believe it or not, the sound of this game is actually pretty good, there is a catchy little tune when you take off for the first time and it changes throughout the stages and dimensions. I think it is catchy actually, the ships whizzing toward you and exploding, it all sounds really realistic, also when you are traveling through a dimension, that also sounds realistic as well. So I can definitely say that the music is catchy and the sounds are very clear and also another improvement from prior games, so that is why I scored it a 7 put of 10.

Addictiveness: 8
I will say, I was pretty addicted to this game, this game is way more complex than regular galaga, there are a lot more stages and you can travel through various higher dimensions than in the other games. I played it over and over to try and get further on in the game, I managed to get really far into this game. I was pretty hooked on it when I realized how much there was to it and how many dimensions there are which it shows you once you die, it gives you an idea of where you were and how close you were to finishing. So this game is like all arcade games, you push yourself to do better and get farther in the game, so you keep playing it. That is why I scored this game an 8 out of 10 for addictiveness because although it is complex, it is still one of those addicting arcade games that you just want to keep playing until you beat it.

Story: 6
Well, for the most part, you are basically a starfighter ship and your objective is to destroy the alien ships that fly towards you without getting hit. You can move horizontally, left and right to avoid getting hit and you have to destroy all of the ships in each formation to advance to the next level. So for the most part, there isn't really a set plot or reason why you are destroying these alien ships, So that is why i scored the story a 6, it is kind of simple, nothing really special or makes it stand out. And it is an arcade game, so it is kind of meant to be simple, no one wants a long complicated, boring story to get in the way of the action, you want to blow up the enemy ships! So it is best to be kept simple for arcade games so it can be both simple, and fun to play.

Depth: 9
This game is pretty huge, there are many levels in this game as well as dimensions to travel through. There are also some bosses in the game which can be more challenging to beat. By any means, this is not the kind of game that you will beat in 20 minutes, this game is long and it requires patience. Tons of levels and several different dimensions is more than enough of a challenge to keep you busy. Each level gets progressively harder, with the alien ships moving faster and blast more bullets that become harder to dodge. So overall, there is a lot to do in this game, it is more than your standard galaga game, it is far more complex and there is a lot of different things and places you can do and go to that you could not do before. So that is the reason why I scored the game an 9 out of 10 for the depth. There is just so much to do and so much to cover in this game, so it takes time.

Difficulty: 7
Well, all I can say is, if you have played galaga before, you know what to expect, it will get progressively harder as you advance through the game, enemy ships will be faster, they will fire streams of bullets which become harder to dodge. So it does get harder as you get further along in the game. But it is normal for arcade games to get increasingly difficult right? That is what makes it fun and keeps it a n interesting challenge. It would be boring if every level was the same and nothing ever changed. So for the most part, this game can be challenging at times, especially once you get far in the game, it becomes a lot harder to stay alive and not get destroyed. Overall, I scored the difficulty a 7 out of 10.

Overall: 9.1
This is a classic arcade game, it is a lot of fun and in my opinion it is one of my favorite games in the galaga series, it is more complex, it is different and there is a lot more to do in this game than in the other ones. This game is definitely challenging, but at the same time it is also a lot of fun to play. I would highly recommend it to those who like arcade games or those who are fans of galaga. This is the game for you! I highly recommend playing this classic game, it is worth every second of your time!

So, what did you think of my review, all comments and feedback are greatly appreciated, thanks!
Graphics 8   Sound 7   Addictive 8   Depth 8   Story 6   Difficulty 7

Users who own Galaga '88