Play 4-TRIS (2000) online with Intellivision browser emulation for free! 4-TRIS (2000) (INTV) game rom is loaded with features in our flash, java and rgr plugin emulators. Nothing to configure, we've done it for you!
Play Retro Games
Game Browser
Netplay Lobby
Play Your Games
Xbox One Emulator 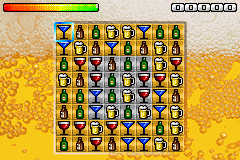 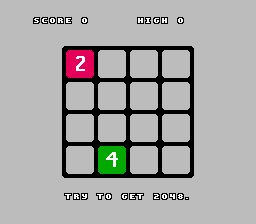 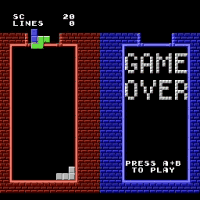 4-TRIS (2000) Review by: earthwarrior - 10/10
4-TRIS Review
Intro:
This game really stands out from the other Intellivision games. This game actually had it's own title screen and it had music in it. These two things alone make 4-TRIS one of the highest quality Intellivision game. On to the review!

Graphics 9/ 10:
The graphics in this game really stand out from all of the other Intellivision games. What really caught my attention was the title screen. Barley any of the Intellivision games had it's own personalized title. They mostly just say the name of the game, developer, and year with a plain green background. This on the other hand had a black background and had the name of the game flashing in different colors. These aren't major differences, but it's better than the common background. This shows that the developers actually took their time while making this.

Sound 9/ 10:
Again this game had it's own music to it. Other games don't have background music at all. They just make the sounds of you moving or shooting. The background music wasn't very fitting though. For the title theme and the battle theme I think thy should of used the main tetris theme not this other random music.

Addictiveness 7/ 10:
This part it kind of... debatable. Some people like tetris while others don't. I personally like tetris. I love finding new combinations and improving my score. If you don't like tetris at least this will give you an hour or two of play time.

Story N/A:
No story at all. I think a story might of messed this game up unless there was a "story mode" and an "endless mode". This game is still fine without one.

Depth 7/ 10:
Just like most other Intellivision games this game only has one mode, sound, and graphics. Nothing fancy. The graphics and sound were different from the rest so I give this a 7 out of 10.

Difficulty 7/ 10:
This game is pretty difficult. The longest I've ever lasted was about 15 minutes. It's easy for me to fit the pieces together, but not knowing what the next piece is made this harder. There were a few times when I should of when somewhere else if I would of known the next piece.

Overall 9.5/ 10:
Over all I give this a 9.5 out of 10. I really enjoyed playing this game. The only flaws I found were the sound was unfitting and a graphical error. This game is still very enjoyable without it!
If you liked this review be sure to rate it high. Also check out some of my screenshots if you want.
Eirinn : Guess what? I'm the first person to review an Intellivision game :D