Play 221b Baker Street online with Apple II browser emulation for free! 221b Baker Street (APPLEII) game rom is loaded with features in our flash, java and rgr plugin emulators. Nothing to configure, we've done it for you!
Play Retro Games
Game Browser
Netplay Lobby
Play Your Games
Xbox One Emulator 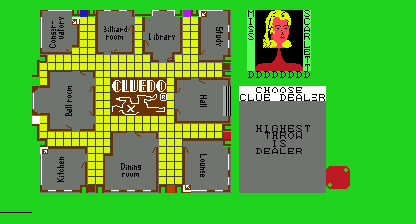 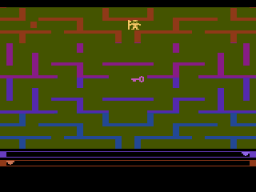 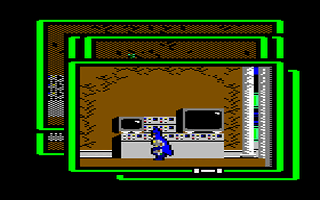 Videos of 221b Baker Street Gameplay

Based on the board game of the same name, 221 B Baker St. pits up to four players against each other in a race to solve mysteries set in Victorian London. After picking a character (Sherlock Holmes, Dr. Watson, Irene Adler, or Inspector Lestrade), players select one of the thirty available mysteries and read its case file in the game's manual. The case file presents the particulars of the case, mentions the people involved, and explains what the players need to deduce to win the game.Solving the mysteries entails moving around London (the game board) via a roll of the dice, entering locales to collect clues, and then piecing the clues together. Among the fifteen locations available are a pub, a park, and a bank, and each location is brought to life with voice synthesis. Each location will have a clue, but not all clues will be useful. Before solving the case, players must visit Scotland Yard for a badge. Players might also want to use a badge to lock a location with a useful clue, requiring other players to detour to the locksmith. Once a player believes they have solved the case, they must return to Baker Street and answer a quiz. If the player is incorrect, the other players can continue.

221b Baker Street Guides and Walkthroughs

Users who own 221b Baker Street

Comments for 221b Baker Street