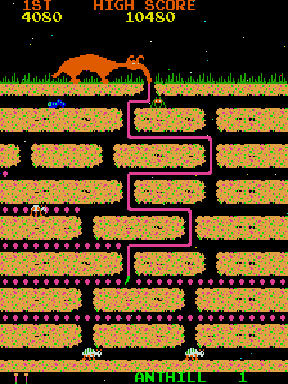 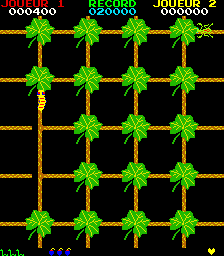 Ms. Pac-Man Review by: gamerforlifefor.. - 8.5/10
Ms. Pac Man review
In 1980, Pac-Man fever spread like a wildfire throughout the United States. It was so popular that it became one of the most iconic arcade game of all time and became a gaming icon. In 1982, Namco decided they'd make a new version of Pac Man that would appeal to female arcade gamers. That game was named Ms. Pac-Man. Was it as good as the original Pac-Man? I'll tell you with this review.

Sound: 5/10 This is the one category where I think Ms Pac-Man falters compared to the original Pac-Man. The sound effects aren't as good as the original and the iconic main theme in Pac-Man was changed to something that is nowhere near as catchy as the theme in the original. For these reasons, I'm giving the sound a 5.

Addictiveness: 10/10 Pac-Man was and still to this day is one of the most addicting video games of all time, which is why the game was so popular. Fortunately, Ms. Pac-Man is equally as addictive as it's predecessor. The objective of the game is to eat all avoid the ghosts and eat all the pellets in order to move onto the next level. There are power pellets that will make you be able to eat the ghosts for a short period of time, which will increase your score. There's also a fruit that'll appear in each level. Collect it and you'll earn more points. You must try and score as many points as you can before eventually dying. Lose all of your lives and it's game over. For younger people, at first glance it may not look that addicting, but once you start playing it you'll be hooked before you know it. For these reasons I'm giving the addictiveness a 10.

Depth: 9/10 If you're skilled enough to make it every level in this game, then you'll go through a total of 256 levels. Once you beat all the levels, you restart back at level 1, but your points and lives stay the same. Since there are so many levels, I'm giving the depth a 9.

Difficulty: 8/10 Like the original, Ms. Pac Man is a very tough game that will test your reflexes and your mind. Avoiding the ghosts can get very tricky especially when they're all very close to you. You need to think fast and act fast to survive. If you have a lot of skill with arcade games, you'll make it a long way. If you don't, then you won't make it past very many levels. I'm giving the difficulty an 8 because in my experience, I had a tough time making a lot of progress.

Overall Score: 8.5/10 Overall, Ms. Pac-Man is just as good as Pac-Man. The game still has super addictive gameplay, nice graphics for it's time, plenty of levels, and it's a tough game to master. If it weren't for the music being changed, I'd say it's a better game than Pac-Man. However since it's not, I'm giving the overall score of Ms. Pac-Man an 8.5 out of 10.
Graphics 8   Sound 5   Addictive 10   Depth 9   Difficulty 8

Users who own Ms. Pac-Man